The Austin girls basketball team had a tough second half as it lost to Northfield (10-2 overall, 9-0 Big Nine) by a score of 46-25 in Ove Berven Gym Friday.

The Packers (5-4 overall, 4-3 Big Nine) trailed 26-21 at halftime, but they scored just four points in the second frame. 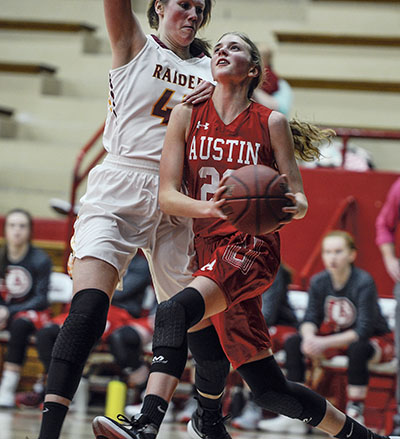 Austin’s Abby Lewis runs the baseline during the second half against Nothfield Friday night at Ove Berven Gym. Eric Johnson/photodesk@austindailyherald.com 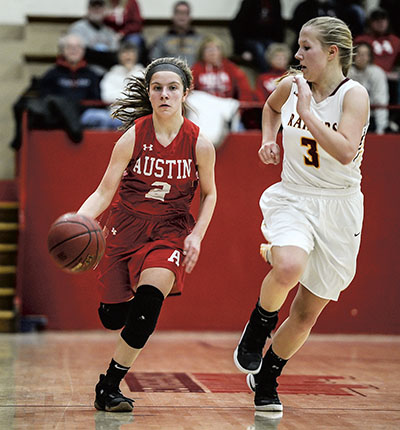