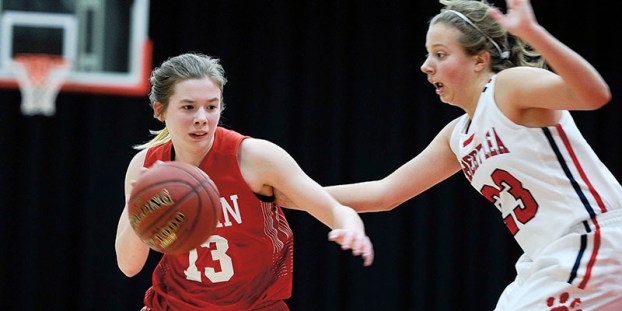 Just 24 hours after the Austin girls basketball team saw a big lead disappear in a tough loss, the Packers rebounded and held on to a big lead as they topped Albert Lea 70-51 on Hall of Fame night in Ove Berven Gym Friday.

Erica Lundberg had a strong first half for the Packers (8-6 overall, 7-5 Big Nine) and she finished with 13 points off the bench. Lundberg, a sophomore, said the Packers were ready to go from the start against the Tigers (2-14 overall, 1-11 Big Nine). 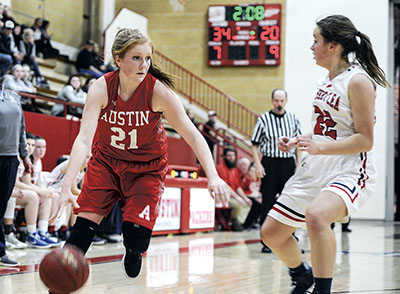 “I feel like we just pushed off the last game and moved on. We were focused on this game,” Lundberg said. “It’s pretty special [to play on HOF night] and it felt pretty good to win in front of them.”

Abby Lewis had 17 points, eight rebounds and three steals for the Austin and Hope Dudycha added 15 points. Dudycha, an eighth grader, said the Packers were focused on the task at hand against the Tigers.

“We had to not underestimate Albert Lea and we had to play hard,” Dudycha said.

Austin head coach Eric Zoske was pleased how his team played in front of a big crowd, which included this year’s Hall of Fame inductees. 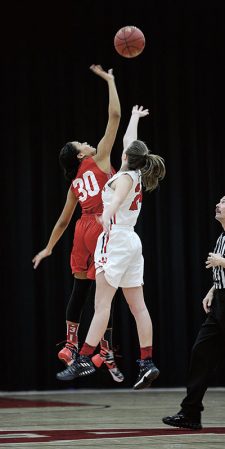 “Most importantly we have a lot of tremendous alumni out here tonight and we talked about playing hard,” Zoske said. “Hopefully we made the alumni proud tonight.” 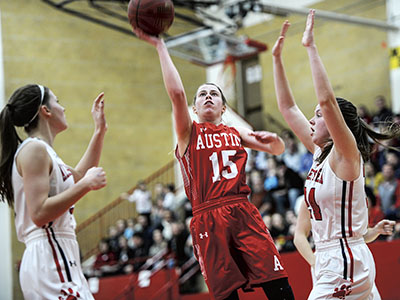 About this series: Mary Turck, a staff member at the Immigrant Law Center of Minnesota, writes about new Austinites. All... read more