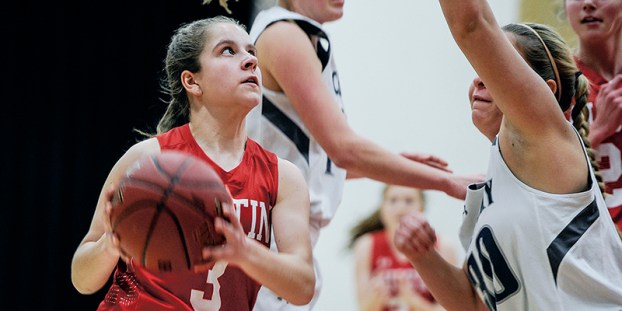 The Austin girls basketball team came off of an 11-day break with a lot of energy as they built up a big first half lead en route to a 77-56 win over Rochester Century in One Berven Gym Tuesday.

The halftime lead of 47-23 was the biggest margin Austin has held at the break this season, but the Panthers (3-7 overall, 1-5 Big Nine) were able to get within 68-54 with four minutes left in the game before the Packers (5-3 overall, 4-2 Big Nine) pulled away.

“We haven’t had a lead like that this year and it was kind of a learning experience for us all,” Austin head coach Eric Zoske said. “The girls didn’t execute that well in the second half and I’m kind of glad that happened because that gives us one more thing to work on.” 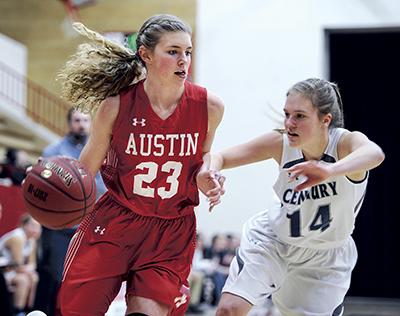 Eighth grader Hope Dudycha made her first career start in the win for the Packers as she put up a career-high 13 points in the win.

“I had a little bit of nerves,” she said. “The play is a lot faster and the girls are a lot bigger [on varsity]. It’s tougher to be aggressive.”

Kyra Walters added 17 points and 11 rebounds for the Packers, Emily Hegna had 14 points and three rebounds and Abby Lewis had 13 points, four rebounds and five assists. Lewis said the Packers are gelling on the court and that showed on the defensive end as they forced 28 Panther turnovers.

“The key tonight was our teamwork and making the extra pass. We’ve learned a lot this season and we’ve shown we can work together as a team,” Lewis said. “It’s awesome having [Hope and her sister Emma] out three. They’re really good at driving and setting up their teammates.”

Zoske said he likes what Walters has given the team lately as she’s stepped up as an inside threat. 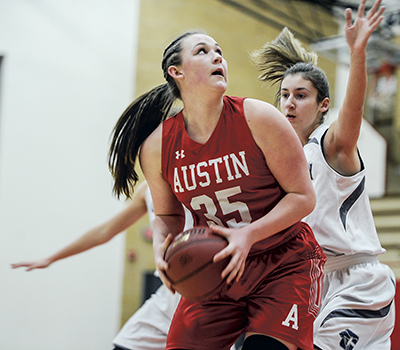 Austin’s Kyra Walters turns to the basket in the first half against Rochester Century Tuesday night in Ove Berven Gym. Eric Johnson/photodesk@austindailyherald.com

“[Kyra] knows how to post up and she’s working on her three-point shot as well,” Zoske said. “Tonight the ball found her a lot and she was in the right place at the right time. She’s been our quiet, consistent player, she’s leading our team in rebounding and for a sophomore, she’d kind of a hidden gem.”

The Packers used an early 10-0 run to go up 10-3 and Century was never able to get closer than four points. 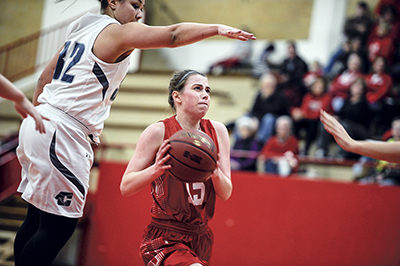 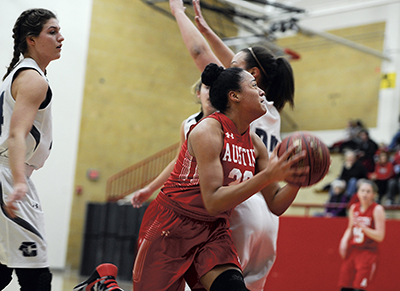 Austin’s Kiwi VanZant spins to the hoop during the first half against Rochester Century Tuesday night in Ove Berven Gym. Eric Johnson/photodesk@austindailyherald.com