James Paul Hutchinson, 35, of Austin was sentenced on Thursday in Mower County District Court to 21 months in the Minnesota Correctional Facility in St. Paul for felony violent felon possessing/using a tear gas compound. He received credit for 290 days served.

He received a concurrent sentence of 90 days in jail for misdemeanor domestic assault. 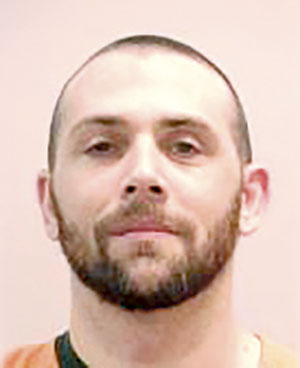 Hutchinson was arrested in April after officers responded to a call to a residence in the 900 block of Second Avenue Northeast. A woman at the residence said Hutchinson sprayed her with pepper spray and threw her on the ground. She said he went into the garage before leaving the residence with two other men.

An officer went into the garage and found a can of pepper spray.

An independent witness told police she was driving down the road when she saw Hutchinson chasing a woman, whom he then dragged to the side of the road and sprayed in the face with something. She said the woman then went to the ground and was holding her face.

A review of Hutchinson’s criminal record shows prior convictions for drug possession, burglary, theft and criminal damage to property.