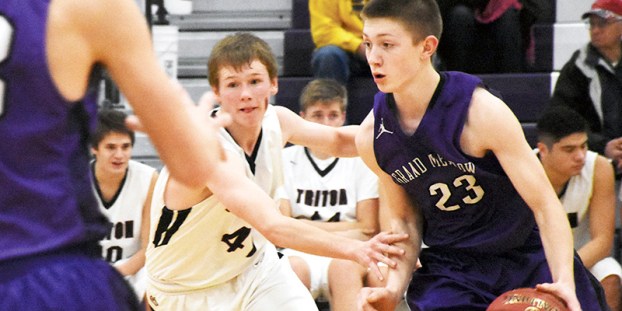 GRAND MEADOW — The Grand Meadow boys basketball team couldn’t overcome a tough start as it’s second half charge came up short in a 56-49 loss to Triton in GM Monday night.

The Superlarks (5-6 overall) trailed by as many as 19 points early in the second half, but they were able to score 13 straight points to get within 44-38 with 8:40 left in the game after Austin Funk hit a three-pointer and converted two lay-ups. The Superlarks pulled within 48-45 when Ethan Gilbert scored with 4:34 left, but the Cobras (5-6 overall) out-scored GM 8-1 the rest of the way. 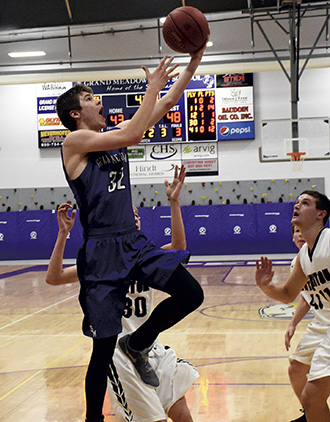 “We’ve started slow in the last two games and we’ve got to figure it out,” GM head coach Bob Burmester said. “We started playing harder in the second half, but we didn’t play hard enough to start the game. At times I think we over-think things.”

GM tried to slow the game down to start the second half holding the ball for a lengthy stretch, but it still wasn’t able to score. After that, GM pushed the tempo up a little more.

“It was a decent possession [to start the half] and we took about a minute off the clock, but then we ended up taking a shot that we could’ve had at any time,” Burmester said. “That’s our offense in a nutshell.” 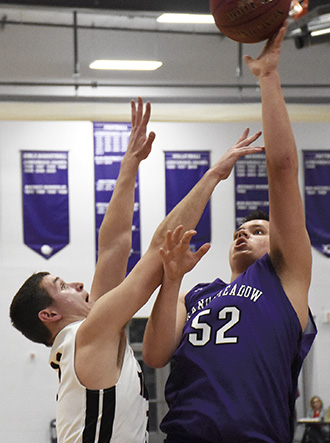 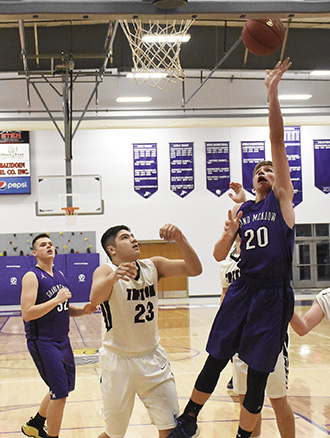 The Lyle-Pacelli boys basketball team won its fourth straight game when it beat Glenville-Emmons (1-7 overall, 1-5 SEC) by a... read more