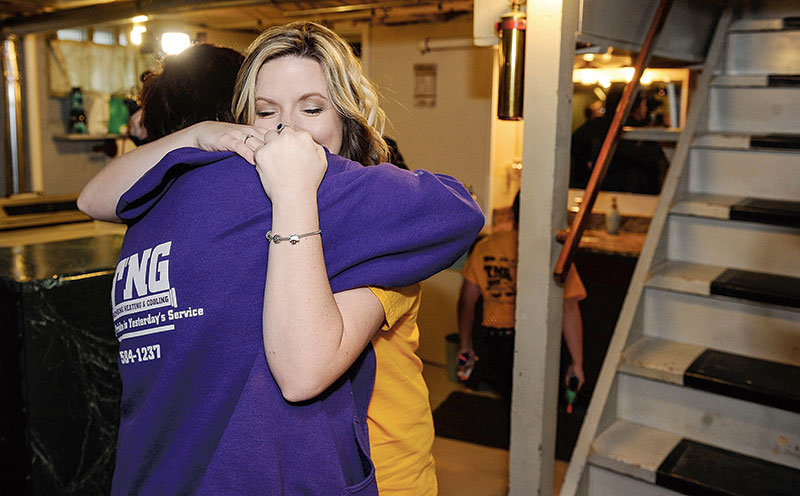 When Gina and Todd Grundmeier suffered a house fire in 2010, they were amazed at the strength of support they received.

So much so that the pair created a non-profit organization that each year helps with a bathroom remodel. In its fifth year, the couple is inviting applications for the 2018 project.

The Grundmeiers own T ‘N G Plumbing in Dexter. They “lost everything” in the fire, said Gina. “But we had a lot of strangers offering help.”

The couple was particularly impressed with a man “who we did not even know offer to have us stay in a house he owned,” Gina recalled. “We were there for a year as we sorted things out.”

They were also compelled to give something back — to pay it forward so that others in need would have help.

So, the couple decided to do what they did best. Using their skills as plumbers, they decided to offer a free bathroom remodel for a family that demonstrated the need. The Grundmeiers, in addition to offering their own services, enlisted the help of many friends and fellow businesses and contractors. 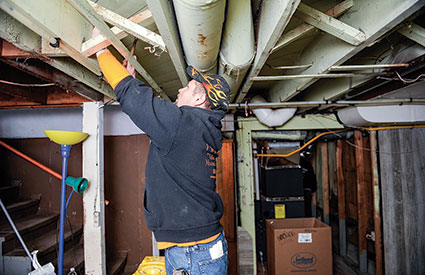 Todd Grundmeier runs hose to attach to a new water softner during a past remodel.
Herald file photo

Once an applicant is chosen, planning gets underway and when the week of the remodel arrives, the family is housed at a local hotel – again, free of charge – while the work is done. This year, that will most likely be in March.

The couple established a 501c3 non-profit,  Pay It Forward, to help handle donations that help offset costs and today handles other charitable works.

Hard-working families who have suffered tragedy or illness have been the recipients of the Pay It Forward remodel. Grundmeier said last year, between $55,000 and $60,000 was used in a special version of the program. Grundmeiers try to fashion each year’s remodel to the unique needs of the recipient. Others have ranged between $20,000 and $41,000. 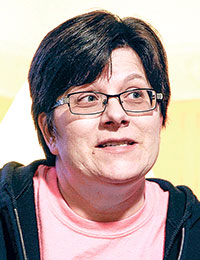 “It’s not anything hard; we just want to get a feel for the story and the family dynamic”
– Gina Grundmeier

Whatever the cost, there are plenty of people who step forward each year to help. Last year, the couple worked with over 40 contractors and volunteers who helped with the remodel.

Some are intimidated by having to write an essay about why their application should be chosen, but people should just write about the need, she said.

“It’s not anything hard; we just want to get a feel for the story and the family dynamic,” Gina said.

The couple typically fields more than 100 nominations each year. The home has to be owner-occupied, located in Mower County and have only one bathroom, said Gina.

The family chosen for the remodel iis housed at an Austin hotel for a week during construction, and several restaurants and businesses also donate gift cards or food to the family for the week.

Grundmeier said the non-profit status encourages people to participate, and then people supporting the cause can write it off as a tax deduction.