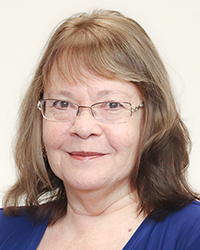 Celeste Cynthia was born Aug. 27, 1957, in Fairmont, Minnesota, to Merle and Verna (Owens) Rosenberg. She was united in marriage to Kevin Halvorson in Ceylon, Minnesota, and to this union they had a son, Andrew. They later divorced. She then married Timothy Ruble in Mankato, Minnesota. Celeste strongly believed in lifelong learning and earned her bachelor’s degree and master of science degree in educational leadership. She was an employee of the state of Minnesota for over 30 years. She was an instructor at South Central Technical College in Mankato before becoming their human resources director. In 1996 Celeste transferred to Riverland Community College, where she served on the administrative team in many varying roles but always with an emphasis on human resources. Celeste believed in giving back and had served on numerous community committees including KSMQ Board, Austin Art Works, Austin Chamber of Commerce, and was a member of SHRM, the Austin community of HR directors, and was the current president of Kiwanis.

Memorial services will be held at 2 p.m. on Sunday, Jan. 21, 2018, at Cornerstone Church in Austin with Pastor David Simerson officiating. Celeste’s family will greet friends from 4-7 p.m. on Saturday, Jan. 20, at Worlein Funeral Home in Austin and for one hour prior to the service at Cornerstone Church. In lieu of flowers, memorials in Celeste’s memory may be directed to the Celeste Ruble Riverland Community College Scholarship Fund. Condolences may be expressed to the family online at www.worlein.com.