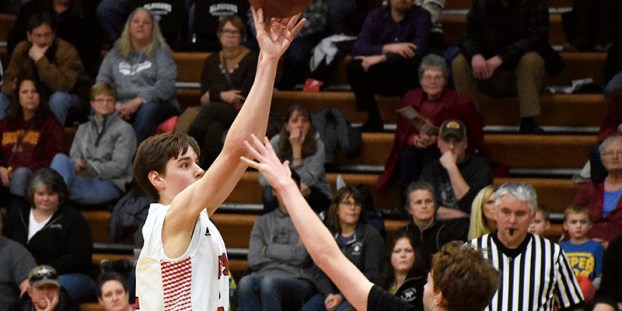 Cardinals close out Blossoms in BP

BLOOMING PRAIRIE — The LeRoy-Ostrander boys basketball team was able to make the big plays when it had to as it beat Blooming Prairie 60-53 in BP Friday night.

The Cardinals (11-2 overall) trailed by as many as five points late in the game and they were down 53-52 after BP’s Game Hagen hit a free throw with 1:34 left. LO took took the lead for good when Trey Hungerholt drove baseline, where he finished a lay-up, drew a foul and hit the free throw to make it 53-55 with 1:04 left. Hungerholt, who had 20 points, four assists, five rebounds and three steals, had to make sure to avoid BP center Jake Ressler, who had five blocked shots, on the drive. 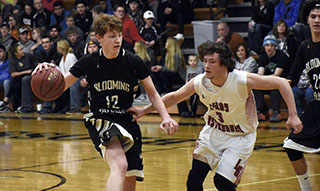 “We just played our game, they had some good shot blockers and you had to know where they are,” Hungerholt said. “[The three-point play] was definitely a big momentum builder. I got hyped.”

LO put the game away down the stretch at the free throw line and it also stepped up its defense as it forced two turnovers from BP in the final minute. The Awesome Blossoms (6-6 overall) had just 10 turnovers on the night, but they weren’t able to get their offense going down the stretch. 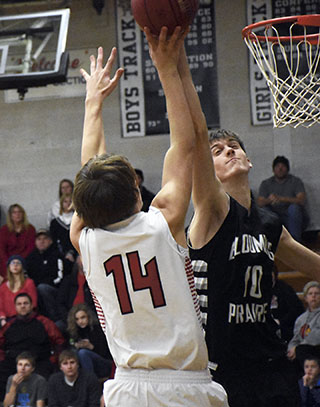 When Hungerholt wasn’t driving for scores, he was setting up his senior teammate Seth Royston, who finished with 25 pints, four rebounds and four steals. Royston said the Cards are growing more confident in close games.

“We’ve been in positions like that before. We had to calm down and keep our cool,” Royston said. “[Trey and I] are playing the best we ever have together and we’re making plays.” 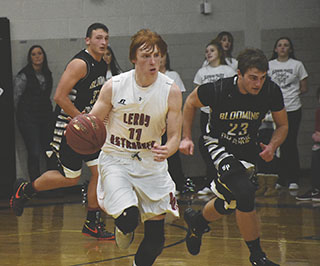 The Cards have played 10 of their first 13 games on the road and they’ve shown they can win in tough environments. LO head coach Trevor Carrier was pleased with how his team answered the call on Friday.

“It’s a tough game on the road against a tough Blooming team,” Carrier said. “We’ve had to stay within the system, run run our offense and get good shots. Credit goes to the boys. They played with more composure at the end of the game then I’ve seen in a long time. We didn’t fold tonight.” 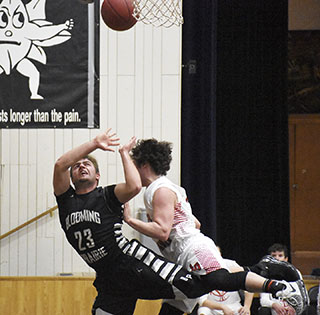