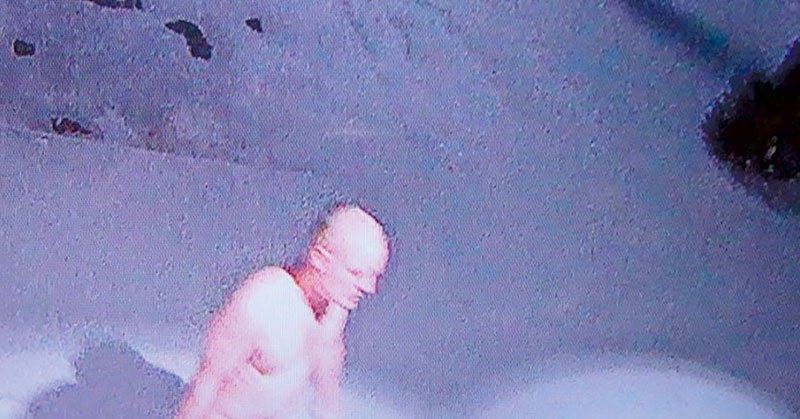 Surveillence video taken from the Grand Meadow School District shows Christopher Greenwood who is being sought in connection with a rash of vandalism Tuesday night. Photo provided

Mower County deputies are looking for a man who allegedly drove nude through multiple properties Tuesday night in Grand Meadow. Authorities are concerned for his safety.

According to Mower County Chief Deputy Mark May, a resident living in the 300 block of Fourth Street Northeast in Grand Meadow called the Sheriff’s office on Wednesday morning after noticing tire tracks in the front yard. The resident also saw the property’s fence was damaged and noticed tracks going through multiple neighborhood yards.

The Grand Meadow Schools reported damage to multiple buildings on school property. A Mower County deputy was able to get security footage from the school that showed the vehicle, a blue 2004 Toyota Camry with Minnesota license plate WY0957. 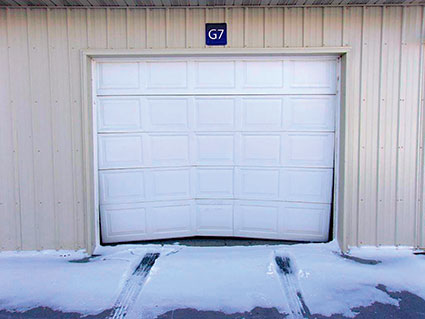 This picture taken at Grand Meadow School District’s bus garage shows damage to a garage door after it was rammed. Photo provided

At one point, the footage allegedly showed Christopher Greenwood, 24, who has residences in Grand Meadow and Austin, exiting the vehicle nude, May said. He then re-entered the vehicle and drove away.

There is no property damage estimate at this time.

Law enforcement agents are still searching for Greenwood. May says they are concerned about his safety because of the extreme cold.

Anyone who has information on Greenwood’s location is encouraged to call the Mower County Law Enforcement Center at 507-437-9400.