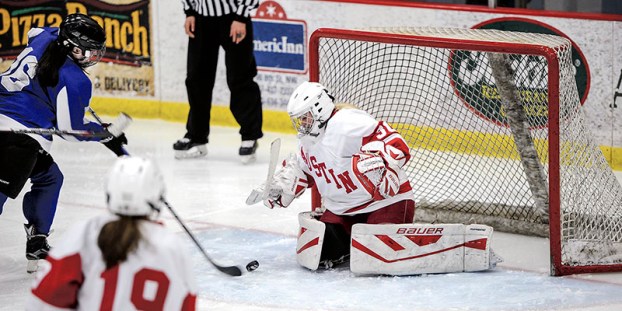 Austin goalie Faith Sayles goes down for a save on Prairie Centre’s Josie Formanek in the second period Saturday afternoon at Riverside Arena. Eric Johnson/photodesk@austindailyherald.com

The Packers (4-4 overall, 3-3 Big Nine) played a goal-for-goal game with Prairie Center through two periods with Jordyn McCormack scoring in the first period and Isikiyah Hemann scoring her first varsity goal in the same period. Both goals were in answer to Prairie Center. 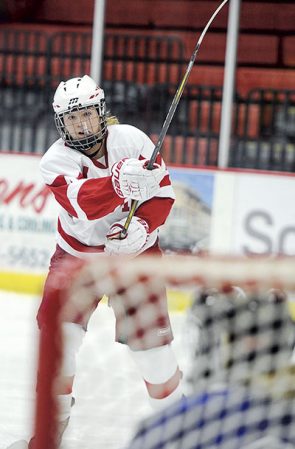 Prairie Center took another one-goal lead in the second with Myia Hoium getting the equalizing goal, knotting the game at 3-3.

But Prairie Center regained the lead for good with a goal in the second and a final goal in the third period.

The Austin Bruins lost for the second time in two nights to the Minnesota Wilderness, this time on the road,... read more