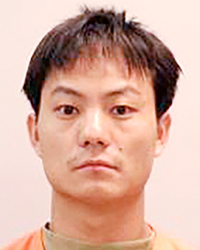 According to the court complaint, Austin police responded to a domestic disturbance call at 8:39 p.m. on Sunday in the 700 block of Eighth Street Northeast. They found a woman outside holding a small child. She told police she and Reh had been arguing when he grabbed a knife and threatened to kill her.

She said she got the knife away from him and threw it behind the garbage. Then he grabbed a bigger knife and threatened to kill himself.

When he walked into a child’s bedroom with the knife, she grabbed the child, left the home and called the police. Reh pushed her away from the door as she tried to leave, she said

Police arrested Reh, who was allegedly intoxicated, according to the complaint.

The woman told police Reh had threatened and assaulted her before, but she was “too scared” to call the police, according to the complaint. She said she was afraid he would get out of jail and harm her or her children.

Reh will appear in court again on Dec. 28.