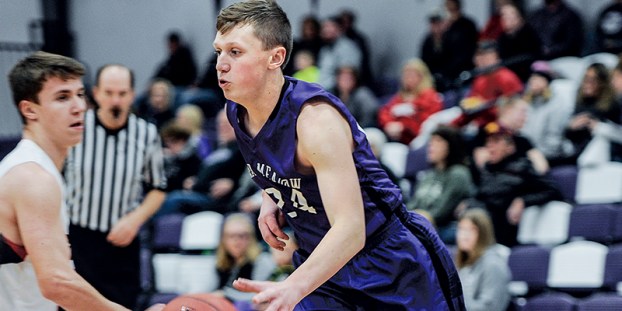 Grand Meadow’s Max Jech breaks for the hoop in the first half against Alden-Conger Wednesday night in Grand Meadow. Eric Johnson/photodesk@austindailyherald.com

GM led just 15-14 early on, but it was able to pick up its game from long range early in the second half when Austin Funk knocked down back-to-back three-pointers push the lead to to 39-21. Funk, a junior, finished with 15 points, seven rebounds, three assists and three steals in the win for GM (4-3 overall). 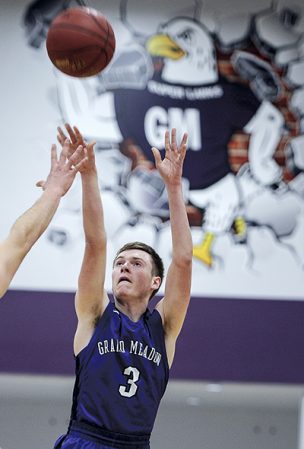 Andrew Arndorfer puts up a three in the first half against Alden-Conger Wednesday night in Grand Meadow. Eric Johnson/photodesk@austindailyherald.com

GM has had a relatively new lineup this season, but it was able to take some big steps over the summer to prepare for this season.

“We put in a lot of work over the summer,” Funk said. “Tonight we knew we had to box out, hit the boards and keep running our offense.”

GM head coach Bob Burmester liked the way his team played, even though some players were out of the lineup.

“This was the best we’ve played in a few games,” Burmester said. “Our guys have had great practices and they’ve worked hard.” 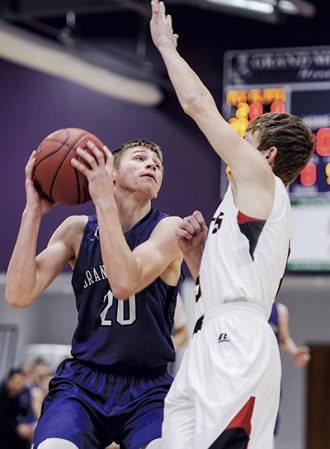 Grand Meadow’s Austin Funk posts up in the first half against Alden-Conger Wednesday night in Grand Meadow. Eric Johnson/photodesk@austindailyherald.com 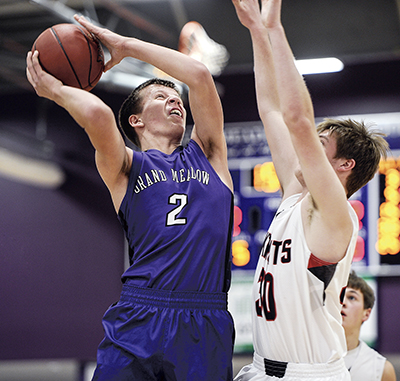 Cards make a big statement in win over Goodhue

GRAND MEADOW — The LeRoy-Ostrander boys basketball team continued to build on its best start in at least a decade... read more