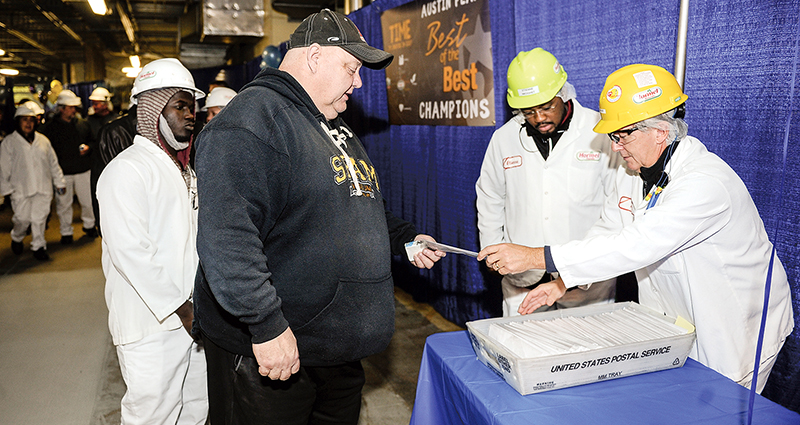 Employees are the key to the success of Hormel Foods, Corp., said Austin’s plant manager Clint Walters — and that was proven a couple of different ways Wednesday, when employees received their annual profit-sharing checks.

First, employees celebrated the sharing of $17.5 million in profits this year, following the 79-year-old tradition. Hormel employees across the country received their checks at the same time. 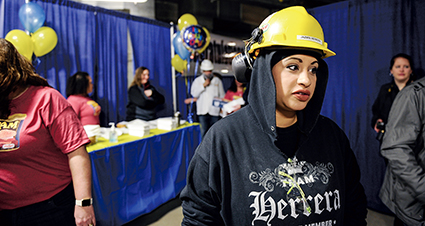 Hormel plant employee Jazmin Herrera talks about receiving her check and what she does with the money early Wednesday morning.

“It’s great, because it shows a lot of appreciation to their workers, to how hard we work,” said Jazmin Herrera, 27, who has worked at the Austin plant for three years.

Secondly, employees were each given a small key chain. The fob was fashioned in the shape of the original key used to open cans of Spam when first produced 80 years ago. The company in 2017 celebrated the anniversary.

While not high in financial value, it represents the most important parts of the company:  Its people and the Hormel vision, which has not changed. 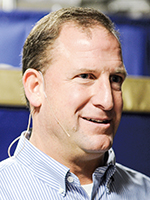 Walters said that Jay C. Hormel had vision and a talent for innovation, which resulted in Spam. Today, Spam is sought in a worldwide market — and, as of this year, produced in China. Other plants include Dubuque, Iowa, Fremont, Neb., and, of course, Austin.

The key fob is representative of the continuing need for innovations in today’s market that demands products for an on-the-go and healthier lifestyle, and which operates in a global market.

“I think of that vision, and I think, we still have that today,” he said. “What’s key to our continued success today? I am proud and honored to say the key to our Hormel success is sitting right in front of me. You are our keys to success.”

Blake Williams, 20, was eligible for his first profit check this year — and just in the nick of time, he said with a grin.

As the father of a new baby — Drake, 1 — the check will be used for double duty: to celebrate Drake’s Christmas birthday, and the holidays.

“The dedicated and inspired people of Hormel Foods are the greatest resource we have and the key reason Hormel Foods is able to maintain and expand its success. We are proud to once again celebrate our achievements through this year’s profit-sharing contribution, a program that is unique in our industry,” said Jim Snee, chairman of the board, president and chief executive officer at Hormel Foods. 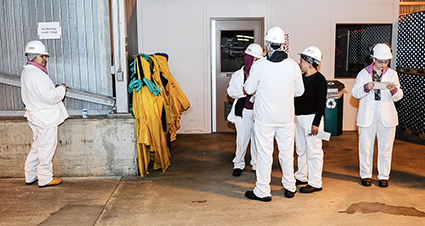 The profit-sharing program was started by Jay C. Hormel in 1938 and is voluntarily paid at the discretion of the company’s Board of Directors.

Herrera said she was also looking forward to using some of the money to “give back to the community.”

“I can donate to the Salvation Army with this, help the food shelf, help with a Thanksgiving meal,” she said.

Walters gave his presentation 15 times on Wednesday. He was as excited about looking ahead to the last talk of the day, as he was at the first.

“Easily, this is the top day of my year,” Walters said.