LYLE — In just three years Krisi Fett’s game has grown to drastic heights and now she’s ready to take her game to the next level. Fett, a 6-5 post player for Lyle-Pacelli, who will be a senior in the fall, has made her verbal commitment to play college basketball at Division II Minnesota State University in Mankato under a full athletic scholarship.

Fett had also received an offer from Southwest Minnesota State University and she received interest from Division I Valparaiso University. She said MSU ultimately won her over because of it’s proximity to Lyle as it is just 90 miles away. 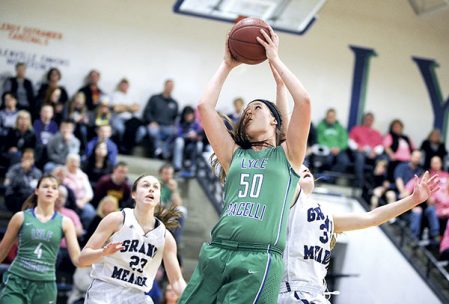 Lyle-Pacelli’s Kristi Fett turns to the basket after taking a pass during the second half against Grand Meadow in Lyle. Herald File Photo

“I’m really a big family person and it’s closer for me,” Fett said. “After visiting the campus, I feel like I’m going DI with the benefits of a DII school. They have a great campus, and I won’t have to give up my entire summer [for the basketball program]. Their team has a good family environment like we do in Lyle and I like the way head coach Emilee Thiesse teaches; she’s very particular.”

When Fett was brought up to the varsity squad as a freshman, she mostly watched from the sidelines as the Athletics made a big run and finished fourth in the Minnesota Class A state girls basketball tournament. Over the past two years, she’s become more of an impact player for LP.

Last season Fett averaged 17 points, 12 rebounds and four blocks per game. Fett said she began to take basketball more seriously when she started playing on a summer AAU team after her freshman season.

“That really pushed me hard and it got me going,” Fett said. “I went from barely playing on varsity my freshman year, to being a captain last year. My role has definitely flipped a lot.”

LP has had its season end in the Section 1A West title game to Goodhue in each of the past two seasons, and Fett and the Athletics are hoping to make a big push this coming season. LP has played much of its summer schedule without head coach Justin Morris, who is out of town for the summer. The squad is learning to play with more independence and Fett is hoping that will be hopeful when the season rolls around.

“We have a lot to work through, but I’m so excited,” Fett said. “We have a good group of kids and we have our remaining core back. We’re going to have to rely on each other more than ever this year and it’s good for us to figure out things for ourselves.”

Fett said she enjoyed the recruitment process as she was able to get to know plenty of college coaches, but now she has to concern herself with picking a major. She has put in two years of PSO classes at Riverland Community College while attending high school in Lyle, so she will have to declare her major her freshman year.

“Mankato had a stellar program for academics, but it’s kind of nerve racking finding a major,” Fett said.

On the court, Fett is ready to put in time in the gym and the weight room to prepare herself for competing at the Division II level.

“I’m excited and I’m a little nervous,” Fett said. “It’s that next jump and it’s serious. I know I’ll have the whole coaching staff and the whole team behind me.” 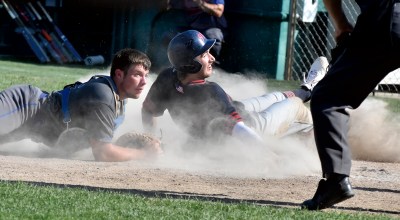