Man believed responsible for Austin overdose deaths to be sentenced Aug. 10; Melvin Hunter is 1 of 5 to plead guilty of federal charges for distributing heroin in southern Minn.

An Austin man is on the verge of being sentenced to an extended prison term for federal charges of conspiracy to distribute heroin and allegedly being the dealer behind two Austin overdose deaths.

Melvin Roosevelt “Mello” Hunter reached a plea agreement in the United States District Court of Minnesota earlier this year for conspiracy to distribute heroin as part of a case in which five men were charged, and he is scheduled to be sentenced on Aug. 10 in Minneapolis.

Five witnesses were called last week, mainly on the issue of whether Hunter was responsible for the heroin that caused the overdose deaths of Austin residents Tyler Burke, 23, on Dec. 18, 2015, and Jordan Jensen, 20, on March 27, 2016. 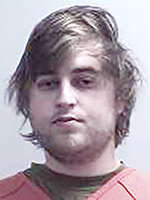 He admitted to being responsible for more than 700 grams of heroin, but less than a kilogram. However, he and his attorneys have denied responsibility for the overdose deaths. A second count for distributing heroin was dismissed as part of the deal.

Based on Hunter being responsible for 700 grams to 1 kilogram of heroin, federal penalty guidelines call for a minimum of five years in prison with a maximum of 40 years, a fine of up to $5 million.

The government called Hunter’s sub-distributors, Ryan Anderson and Jordan Flugum, along with two women who lived at an Austin residence where hunter stored heroin. Both Anderson and Flugum were convicted of manslaughter charges after originally facing third-degree murder charges.

“Hunter was not just a leader in the heroin conspiracy, he provided the heroin that killed two of his customers,” the U.S. Attorney’s report states. 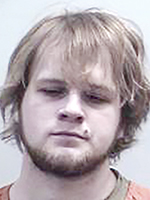 It goes on to argue Hunter could have quit dealing after the first overdose death on Dec. 18, 2015, but he continued dealing and the next death happened on March 27, 2016.

“Hunter has never shown any remorse for either death,” the U.S. Attorney’s Office wrote. “To the contrary, he continues to deny any responsibility for these deaths.”

They went on to argue an extreme sentence is “necessary to protect the public from this dangerous heroin dealer.”

In federal court records filed June 27, acting U.S. Attorney Gregory G. Booker and Assistant U.S. Attorney Jeffrey Paulson made their case for Hunter being responsible for the heroin that caused the overdose deaths of Austin residents Tyler Burke, 23, on Dec. 18, 2015, and Jordan Jensen, 20, on March 27, 2016.

The United States attorneys office is recommending Hunter be sentenced to between 14 to 17 and half years in prison.

Hunter’s attorneys, in an opposing memo to the court, argued he was “involved in serious criminal activity” but that he had a poor upbringing and “became lost.”

His attorneys also argued he was “at best an average participant in the distribution of a controlled substance” and, as the youngest of the five men charged, did not take on a leadership role.

“He was not a manager or supervisor but simply involved in the distribution of heroin,” his attorneys wrote.

The other four men involved in the case are: Antonio Snell, Randle Snell, Darrell Smith and Ernest Jarelle Thomas. All were accused of distributing heroin in southern Minnesota, particularly Austin and Rochester, while attorneys say Hunter and Randle Snell were particularly active in Austin, according to the U.S. Attorney’s Office.

The lack of child care availability in Austin has been a problem for several years, but a new program is... read more