Golden show for a golden anniversary 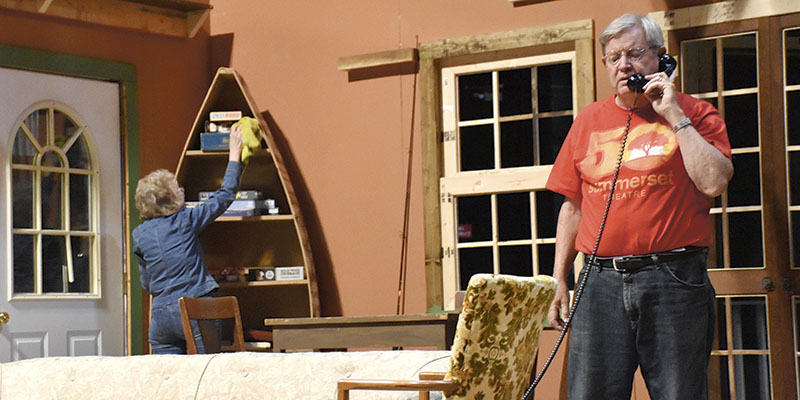 Summerset Theatre will continue its 50th season with “On Golden Pond” by Ernest Thompson. Opening night will be at 7 p.m. at the Frank W. Bridges Theatre at Riverland Community College on Wednesday, July 5.

“On Golden Pond” tells the story of Norman, a retiree with failing health, and Ethel Thayer, a senior couple returning to their summer home on Golden Pond for the 48th year. Their daughter and her fiancé go to Europe, leaving his teenage son with Norman and Ethel for the summer. The boy quickly becomes the grandchild for whom they have both longed. Although time is against them, the years have been good, and maybe another summer at Golden Pond awaits them.

“’On Golden Pond’ definitely appeals to a more mature crowd,” said director John Deyo, who is also co-director of Summerset Theatre. “Choosing a season of plays is a lot about balance, finding a good mix of shows that will appeal to a wide range of audiences. The other two shows skew a bit younger, so we wanted something for our older patrons.”

“We also really liked the ‘golden’ in the title, as this is our golden anniversary,” he added.

This is the second time “On Golden Pond” will be performed for Summerset Theatre. It was first performed in 2001. 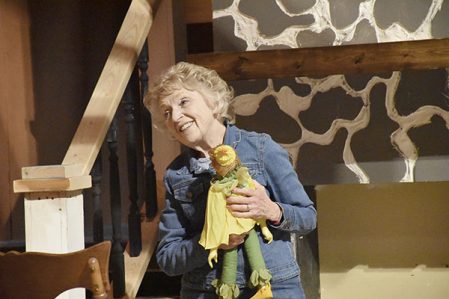 Alice Holst rehearses a scene from “On Golden Pond” at Frank W. Bridges Theatre at Riverland Community College on Monday. The show runs at 7 p.m. July 5-8 and at 2 p.m. July 8-9. Jason Schoonover

There are six members in the cast. Unlike Summerset Theatre’s other shows this season, “Peter and the Starcatcher” and “Sweeney Todd: The Demon Barber of Fleet Street,” cast members of “On Golden Pond” do not play multiple characters.

Deyo says the challenge of “On Golden Pond” is making it feel real.

“It’s very easy to put on a show that is ‘over-the-top,’” he said. “This show requires a very gentle hand. I continue to have to remind the actors to ‘stop acting so much.’”

Deyo described his cast as “stellar” and was praiseworthy of the crew.

“Cameron Davis, the technical director, has built one of the most beautiful sets I have seen in a long time,” he said. “Costumes by Summerset veteran Kaye Perry wrap the actors in the perfect outfits for their characters.”

“They are so wonderful,” Deyo said about the songs. “I have no words.”

“This show touches on issues that every family deals with: aging parents, disgruntled youth, unhappy childhoods, unrequited love,” he said. “That’s what good storytelling is about. Audiences will laugh and cry at the story of Norman and Ethel and their summer on Golden Pond.”

Deyo encourages everyone in the community to come to the show.

“It is also very important for the community to support the arts,” he said. “And besides, it’s just a great show.”

Show times for “On Golden Pond” are at 7 p.m. July 5-8 and 2 p.m. July 8-9. All shows will be at the Frank W. Bridges Theatre at Riverland Community College’s east Austin campus.

Tickets are $15 for adults and $10 for children age 12 and under. Tickets may be purchased at the Summerset Theatre Box Office in room E107 in Riverland’s east building or online at www.summersettheatre.org.