What’s the impact of pulling the U.S. out of Paris climate agreement?

ST. PAUL — National media outlets are reporting that President Trump is getting set to pull the United States out of the 2015 Paris climate agreement.

Roopali Phadke, a Macalester College environmental policy professor, gave MPR News an outline of the Paris agreement and how Trump’s decision could impact it.

MPR News: You were among a group of Minnesotans who traveled to Paris to observe the climate talks in 2015. What were your impressions at the time?

Roopali Phadke: I can speak for myself, and I certainly left there inspired. I had the sense that America had reclaimed its leadership on this issue. Even though it was a small step, there was a sense that this was the beginning of a century-long project to address climate change.

MPR News: What is the Paris climate agreement?

Phadke: The Paris meeting was historic. It brought almost 200 nations together to agree on a plan for addressing climate change. The reason it was so historic was compared to other failed meetings, every country came to Paris with a pledge, called a nationally determined contribution. The U.S. had one, Brazil had one, India had one. The work was done and home and the countries came to Paris with that commitment in hand.

The U.S. said it would reduce its emissions by between 26 and 28 percent by 2025. And then the question is how do we do that. Our principal pledge in Paris was this policy called the Clean Power Plan. That was ambitious. It said we would reduce power sector emissions by a third and that we would bump up renewable energy by 30 percent. One of the points of confusion is that many people know President Trump has pretty much repealed the Clean Power Plan. So what’s at stake is, can America still be a party to the Paris accord if we have already decided that we’re not going to fulfill our commitment.

MPR News: We’ve heard a lot of experts say, following the move away from the Clean Power Plan, that the trends toward more renewable energy are only going to continue and that economics, not regulation, are closing coal-fired power plants. Does that continue to be the case if the U.S. pulls out of the Paris agreement?

Phadke: This is a really important question. Many states are not opposed to the Clean Power Plan, and Minnesota and other states will continue to follow it. We are seeing coal plants come offline, we’re seeing staggering amounts of renewable energy coming online. Could we get to a 32 percent reduction in power sector emissions without the Clean Power Plan? Maybe we could if renewable energy continues to have this incredible rise. That would be done by states and cities and corporations that are investing in renewable energy. It’s not just the purview of the federal government.

MPR News: Is there a role for Minnesota here?

Phadke: I think there are several states that will emerge on the top here. States like Washington, California, New York and Minnesota that have an ambitious commitment to reducing emissions, and it’s going to take those states to band together to continue to make progress on this even when the federal government won’t. This is an enormous opportunity for our political leaders to step up.

MPR News: Even if the U.S. meets its commitment, what does pulling away from the agreement say to other countries?

Phadke: Pulling out of the Paris agreement is virtually all about symbolism. There’s no legal justification, there’s no practical justification for actually removing ourselves from the treaty. What are we signaling and are we having influence on other countries? What’s been really interesting to see is that not a single country has pulled back their commitment to the Paris accords. We’ve actually seen countries like India and China and also the E.U. doubling down on their commitments. So it’s having a reverse effect. It’s making other nations feel even more committed.

MPR News: But there’s been some suggestion that the U.S. could face some kind of legal action if it stays in the Paris agreement. What do you make of that?

Phadke: People in the Trump administration are saying that as a party to the Paris agreement, we must meet our obligations, that we can’t stay in Paris and ratchet down our commitments. That’s essentially false. There’s nothing in the Paris treaty that says that. One of the criticisms of the agreement was that nations could, in fact, revise their commitments, so this is just a bogus legal claim. Really all the Paris agreement requires is a process of reporting. Each country has a nationally determined contribution and then at the five-year mark we report on our progress toward that pledge. 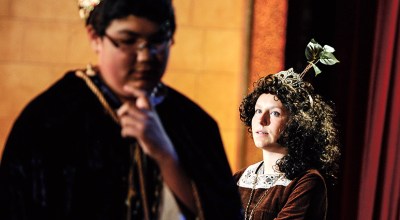 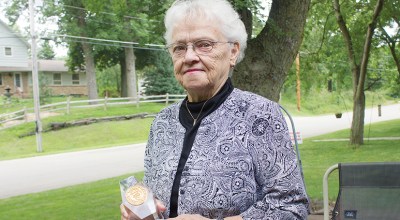