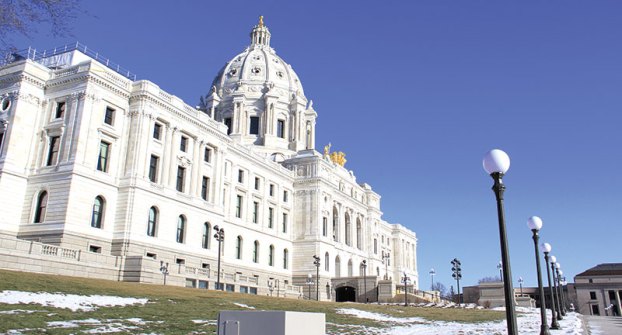 What’s in Minnesota’s $46B budget?

ST. PAUL — In the drama surrounding Gov. Mark Dayton’s veto of the funding for the House and Senate — cue the lawsuit, any day now — it’s easy to forget that lawmakers did, in fact, finish a new state budget this year.

Let’s have a look at some of the money and policy decisions, big and small:

From preschool to college

— School districts get a 2 percent funding bump in each of the next two years for their general per-pupil formula.

— Dayton got $50 million to expand his flagship preschool program into more areas of the state, though districts could choose to put that money toward more general school readiness programs

— The Legislature cut some funding for school districts to cover the costs of college entrance exams, meaning higher costs for students and their parents to take the ACT.

— Lawmakers quietly axed a policy requiring schools to get rid of the newest teachers first during layoffs, a flashpoint between Democrats and Republicans for years.

— College hopefuls will get a tax break when socking away money for school. And graduates with loan debt can get up to $500 from a new tax credit.

— A combination of shifting general funds, tapping surplus dollars and borrowing combine to put more than $600 million a year into transportation repairs. The plan does not include a gas tax hike.

— Drivers of electric cars will pay more. Hybrids get a pass, but pure-electric automobiles will see a new $75 surcharge annually.

— A controversial light-rail train between Minneapolis and southwestern suburbs can proceed, but the Legislature explicitly banned using any state money once it’s up and running.

— Minnesota judges will get a 2.5 percent raise in both 2017 and 2018, shy of the 3.5 percent raises Supreme Court Justice Lorie Gildea said were needed.

— Farmers get some breathing room to implement 50-foot buffers between their crops and public waters. The water quality initiative launches in November, but a new grace period gives them eight months to escape punishment.

— Riders of snowmobiles and ATVs will pay slightly more to register their toys.

— Licenses for anglers, deer hunters and visitors to state parks will go up slightly, most by $2 or $3 each.

—Hunters have more options. The state added blaze pink as an acceptable clothing option while hunting deer, and barred state regulators from restricting the use of lead shot.

— Residents searching for their first home will get extra help saving for a down payment with a tax deduction for a new, dedicated home savings account.

— Minnesota seniors get a tax break because less of their Social Security income will be taxed.

— A planned Major League Soccer stadium finally gets help, as the state exempted the St. Paul facility from property taxes or sales tax on its construction materials.

— Taxes for premium cigars will drop from $3.50 each to just 50 cents, and the state has removed automatic, inflation-driven increases on cigarette taxes to freeze it in place at about $3.04 per pack.

— After a two-year pause, Minnesota’s novel campaign finance system that allows residents to contribute to parties or politicians and get their $50 refunded through tax returns will return.

— Another round of expanding broadband internet infrastructure into rural Minnesota is in line with another $20 million infusion.

— Super Bowl visitors can spend an extra two hours drinking in 2018 thanks to an extension allowing bars to stay open until 4 a.m. that weekend.