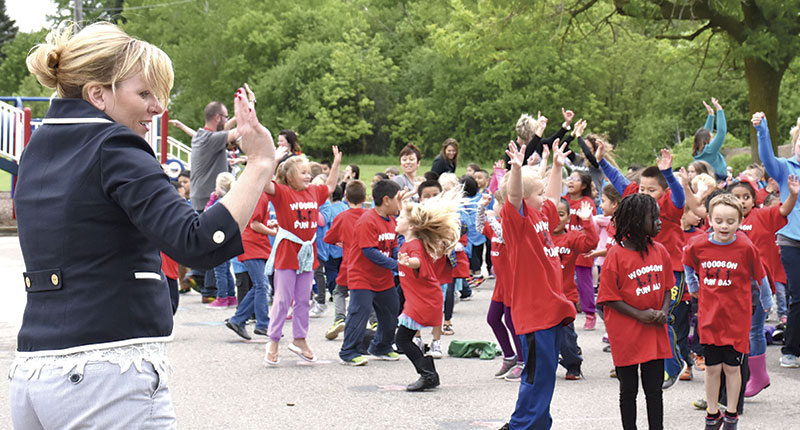 Woodson Kindergarten Center Principal Jessica Cabeen leads her students in dancing as they shoot footage for their annual end-of-the-year video.

The Austin City Council will recognize Woodson Kindergarten Center Principal Jessica Cabeen during its next meeting on Monday evening.

The City Council will also grant temporary licenses for food and liquor vendors for various festivals, such as the Austin ArtWorks Festival in August. Vendors include Our Gang Concession, The Iowa Grill, and Twisted Barrel Wood Fired Pizza.

Other items to be discussed will be the audit report, removal of junk and/or illegally stored vehicles, and an overview of feeding animals in the city by Austin Police Capt. David McKichan.

The council meeting will be at 5:30 p.m. on Monday, June 5, in the council chambers in the basement of City Hall. A work session will take place following the meeting in the conference room across the hall.