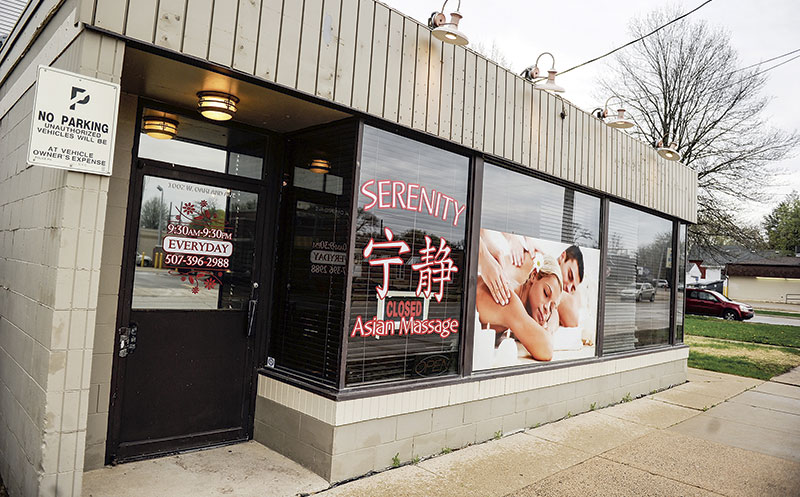 The council reviewed the findings of fact and order compiled by City Attorney David Hoversten about Serenity Massage, which was the site of a prostitution sting that led to the arrest of 61-year-old Zhi Xian Zhang in April.

Listed in the findings were:

•That Zhang was charged with prostitution and eventually placed in a diversionary program.

•That Zhang’s criminal act on the licensed premises constitutes the basis for revocation of the license.

•That Zhang did not have a valid city of Austin license as a massage therapist to practice massage at the licensed premises.

•That licensee failed to employ a local manager who is a resident of the city.

•That licensee violated the code with regard to the location of linens and mattresses.

A public hearing was held during the council’s previous meeting on Monday, May 15, during which Windish and Detective Mark Walski, who led the sting operation, gave their testimony.

Walski gave an account of the operation, stating he learned that Zhang had been picked up by Windish at the Minneapolis-Saint Paul International Airport without having previously met her and that she had been residing at the massage parlor.

Windish stated that he did not believe Zhang was a prostitute, noting that she was charged with an “alleged” act of prostitution, and that he had no intention of establishing a prostitution ring.

Zhang was released to Safe Harbor in Rochester, a center designed to help victims of sex trafficking and sexual exploitation.

The council unanimously voted to begin the revocation process after the hearing.