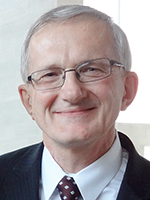 Daniel Benjamin Kasten, 67, of Farmers Branch, Texas, passed away peacefully on June 12 after a two-year battle with cancer.

Born Nov. 27, 1949, in Austin, Minnesota, he grew up on a farm near Rose Creek, Minnesota, with his sister, Lorna, and three brothers, Gary, Keith, and David. His earliest memories were of working the fields, nurturing the animals, and observing the seasons. He left the farm after graduating as the valedictorian of Rose Creek High School in 1967 to attend St. Cloud State University. He is probably the only person to put himself through college because of an orphaned lamb. He bottle-fed the baby, then he sold the lamb to buy two pigs, then he sold a lot of pigs to buy a cow, and he slowly built a herd. He then sold a cow every time tuition came due.

He spent his early years on a farm, but always dreamed of seeing the world. After earning a masters degree in English at St. Cloud State, he fulfilled his dreams and taught in Turkey and traveled the Middle East for three years. He came back to marry the love of his life, Susan Mitsven, in 1975, and they crisscrossed the globe together for over 40 years. Daughters Amanda and Jennifer were born in Japan, where Dan and Susan taught at Kobe College for six years, but the couple returned to the United States and settled in Texas in 1983. The family eventually expanded to include sons-in-law Eric Bresie and Jay Turner and grandchildren Leo Bresie, Zoey Turner and Nora Turner.

Dan was preceded in death by his parent, Delbert and Esther Kasten.

He is survived by his wife, daughters, sons-in-law, grandchildren, sister, brothers, nieces and nephews. His family also includes friends from church, colleagues from schools across the globe, and every student he ever taught.

After his family, Dan loved nothing more than Greenhill School, where he taught for 33 years. Students in his English, World Religions, and Meditation classes valued his kindness, his passion, and his authenticity. He taught them Shakespeare, poetry, and composition, but more importantly, he taught them to center themselves with three deep breaths and to live with purpose and gratitude.

In lieu of flowers, the most fitting honor for Dan would be a donation to the scholarship fund at Greenhill School.