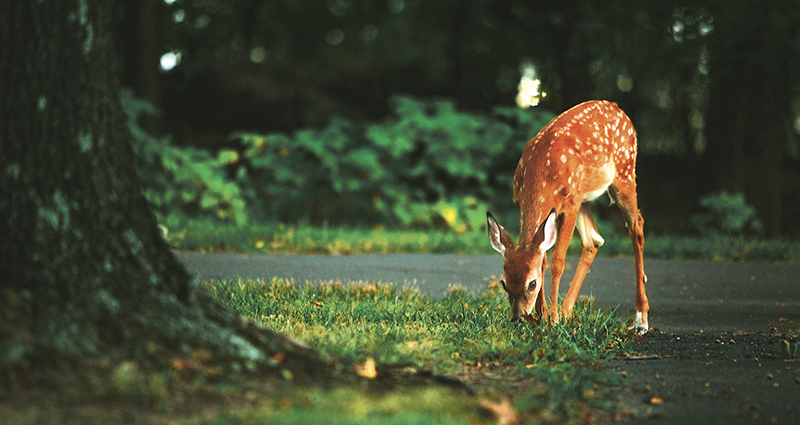 The Austin City Council voted unanimously in favor of an ordinance banning the feeding of geese and deer within the city limits during Monday’s regular meeting.

The ordinance was originally proposed during the council work session on Monday, June 5.

Under the ordinance, feeding is defined as “the act of placing or permitting to be placed on the ground, or within six feet of the ground, any grain, fodder, salt licks, fruit, vegetables, nuts, hay or any other edible materials, which may reasonably be expected to result in deer or geese feeding, unless such items are screened or otherwise protected from deer or geese consumption.”

Living food sources, such as trees and other forms of vegetation, are not prohibited. Food that is placed above six feet off the ground or in a manner that excludes deer and geese is still allowed.

The ordinance makes exceptions for veterinarians and any city, county, state or federal game officials acting in the course of their duties.

Violation of the ordinance can result in a petty misdemeanor charge.

Mower County is currently under a temporary deer-feeding ban passed by the Minnesota Department of Natural Resources in response to the outbreak of chronic wasting disease among deer in Fillmore County. The feeding ban went into effect in December 2016 and will run through 2017.

According to the DNR, feeding deer and geese can cause behavior changes, such as making them “less fearful of humans, delay winter migration, and even result in starvation if animals have not migrated to winter areas and feeding ceases.” It could also result in a tighter concentration of their populations, allowing for disease to spread easily through contact or droppings and, particularly with deer, an increase in damage to private property and local ecosystems.

Deer and geese also have a tendency to eat themselves to death if too much food is available.

The City Council recently approved a special deer hunt, scheduled to begin in November, to curb the deer population within the city limits.