Austin VFW No. 1216 continues strong start with win over Kasson 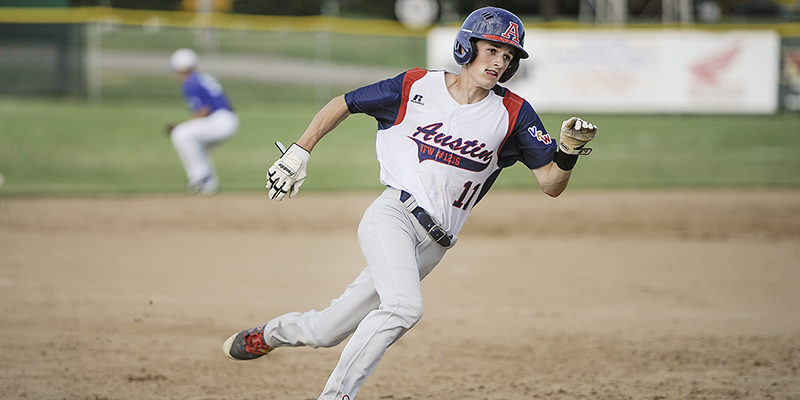 With a school trip to Belize literally looming on their horizon, Austin VFW No. 1216 baseball players Riley Wempner and AJ Mueller were able to contain their excitement long enough to boost Austin to an 11-0 win in five innings over Kasson in Marcusen Park Tuesday.

The duo was set to leave for Belize 2 a.m. Wednesday for an eight-day Spanish class trip for some sight-seeing, but they took care of business on the diamond first. Wempner allowed just two hits to pick up the shutout win on the mound and he also went two-for-two with a double, a triple and three RBIs. Mueller had an RBI double in the win. 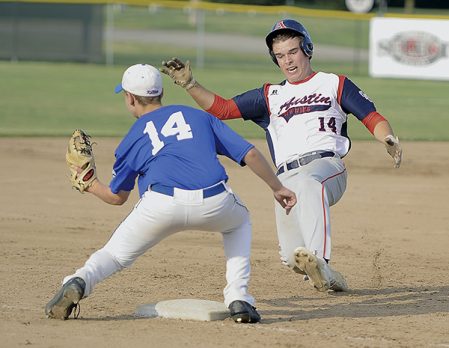 Wempner said Austin (7-2 overall, 5-0 District) has made a smooth transition from spring baseball to summer baseball.

“It’s been pretty nice. It’s a lot more laid back and we just have fun,” Wempner said.

“Sometimes we start slow if the top of order, but the bottom of the order picks us up,” Mueller said. “We can start fast when we need to and I think that will help us out in the Districts.”

Austin has a deep roster this season with plenty of options at pitcher. The team also has some power in the lineup as Isaac Arjes proved when he hit two homers against Rochester in a doubleheader in Marcusen Sunday. 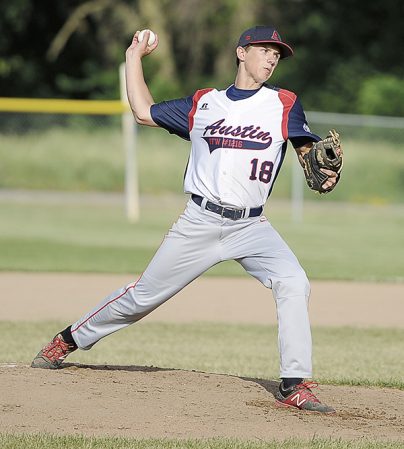 “We have a very deep roster with a talented group of kids,” Austin head coach Joe Ciola said. “I think the sky’s the limit for them and it’s completely up to them each night as far as what they bring to the table. All of the kids have had a great season so far and they’ve been really competitive and they’ve shown up each and every day to play ball.”