Vikings bring their best in win over Pine Island 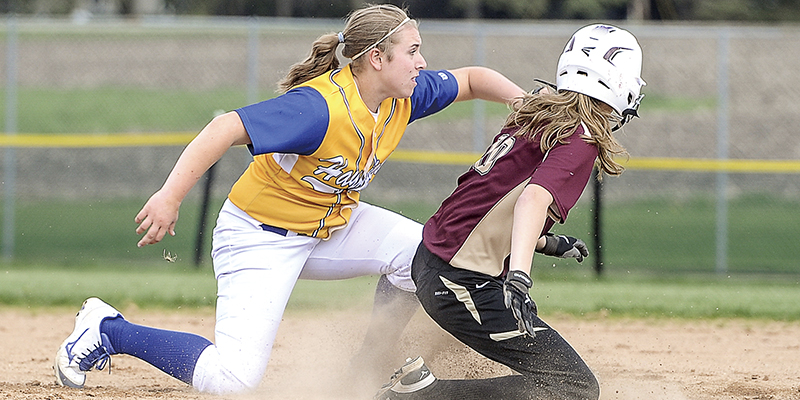 HAYFIELD — The Hayfield softball team made some big plays on defense and it came up with some timely hitting as it beat Pine Island 7-4 in Hayfield Wednesday.

Hayfield (5-3 overall) broke open a 2-2 tie when it took a 5-2 lead in the bottom fifth inning. Kate Kruger had a two-run single to right field in that frame and Jacie Gustine hit a sacrifice fly. The Tigers (8-3 overall) pulled to within 5-4 in the sixth, but the Vikings put the game away when Kelly Johnson, who is back in the lineup from an injury, doubled in two runs in the bottom of the sixth. 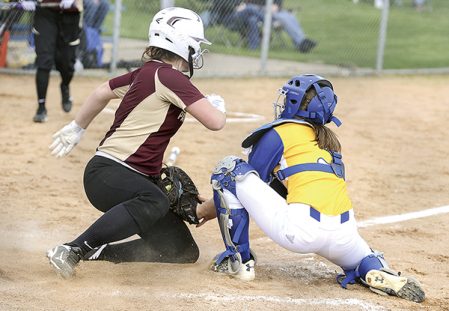 Gustine picked up the win in the circle for the Vikings as she scattered seven hits and two walks.

“We needed the boost and this helps us out a lot,” Gustine said. “We played really well as a team and that’s what we were looking for.”

The Hayfield defense made some big plays in the win as Brooke Zahnle made a diving catch in right field, Carrie Rutlege made a diving stop at shortstop for an out and eighth grade catcher Jenna Jacobsen threw out three runners on steal attempts. Rutledge, who went three-for-four with a double, said that Jacobsen has stepped up for the team, despite only being a middle schooler.

“You can always count on her to throw it to you perfectly. Kyal [Heydt] and I barely have to move when she’s throwing,” Rutledge said. “She’s always positive, she’s always laughing and she makes everyone else laugh. She’s an asset to our team.” 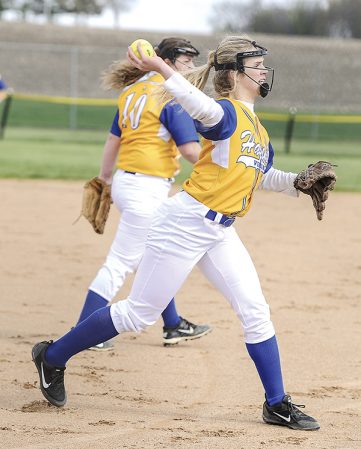 Hayfield head coach Jana Wagner said Wednesday’s effort was one of the better games the Vikings have played this season and she liked what Gustine and Jacobsen gave the squad.

“Jacie threw a good game. She cut down on her walks, she kept the ball in the park and the defense clamped down,” Wagner said. “Jenna is learning as she goes. She’s a work in progress and she does absolutely everything we tell her to do.” 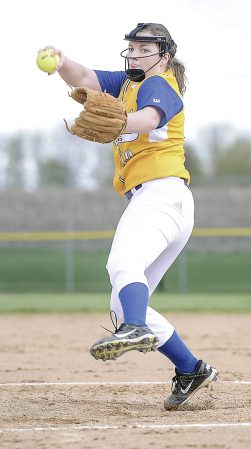