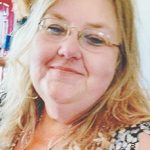 Tracey was born June 10, 1962, in Rochester, Minnesota, to Herman and Margaret (Jahns) Hovda. She attended and graduated from Grand Meadow High School in 1980 and continued her education at Luther College in Decorah, Iowa. Tracey graduated from Luther in 1984 with a degree in art and anthropology. She started doing graduate work in Denver, Colorado, where she was involved with digs along the Yucatan Peninsula. Following that time, she returned to Grand Meadow where she helped care for her mother until the time of her mother’s death in 1997. Tracey then went to work for the Library of Congress and the Holocaust Museum for approximately eight years. Following that time she was involved with the opening of the American Indian Exhibit at the Smithsonian Museum and continued to work there for several years before moving to Leicester where she received her masters degree and was working on her doctorate degree at the time of her death.

Tracey made jewelry as a hobby but her passion was her work and the traveling that was involved. Over the years she was able to visit Iceland, Italy, France and truly loved the time she spent in England.

Memorial services for Tracey will be held 2 p.m. on Saturday, May 20, 2017, at Bear Creek Lutheran Church, rural Grand Meadow, with Pastor Larry Iverson officiating. Burial will be in the church cemetery.

Hindt Funeral Home is in charge of arrangements. Condolences may be left at www.Hindtfuneralhomes.com.