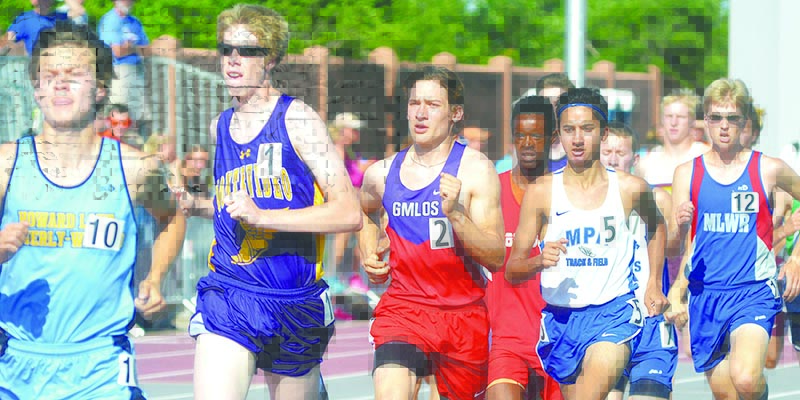 Peter Torkelson of GMLOKS runs with a herd of runners in the 1600-meter run at the Minnesota Class A state meet in St. Paul last year. Herald File Photo

ADAMS — When Peter Torkelson decided to run in the Darren Dash to escape being grounded in middle school, he may have very well changed the course of his life.

Now a senior at Southland, Torkelson has made some big strides in running over the past four years. Few were much larger than when he signed his letter of intent to compete in track and field and cross country at Hawkeye Community College under a full athletic scholarship in Southland Wednesday.

Torkelson began running competitively when he ran in the Darren Dash on a whim, and he’s now competed in two Class A state cross country meets — where he took 18th this past fall, and he took third in the 1600-meter run at the Class A state track and field meet last spring.

“I’d like to thank the Darren Dash for putting up their 5K race, because I never would’ve gotten started without that,” Torkelson said. “It’s pretty surreal with what’s happening. It’s going to be great to know where I’m going, but leaving home for the first time will be weird.”

Hawkeye CC is located in Waterloo, Iowa and it is a two-year college. Torkelson said that he’s looking to get into medical field and he may transfer to a four-year school when he finishes up at Hawkeye. 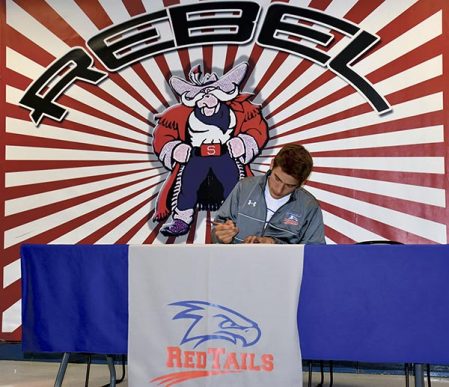 “They’ve got a really good medical program and that stood out,” Torkelson said. “They even have a mock hospital. I like the location.”

“I”m going to be a lot more put together this time. I’ll be more focused on my goal,” Torkelson said. “Everyone’s working their best to become the best. One of my favorite things is to run against other competitors who have the same goals that you have and they’ll help push you farther. Being neck and neck with someone in a race is something I really look forward to.”

Over the past six years running has become a way of life for Torkelson. He has run in the Grandma’s Marathon and he competed in a Spartan Race in California in the past and he continues to keep going strong.

“I have a weird thing with running, where I like to do it a lot,” Torkelson said. “If I get a new song in my playlist that I like I have to get out and run to it. You just don’t want to sit there and listen to it, you want to do something and I’m not a good dancer, so I can’t really do that.”

GMLOKS will compete in the Sub-section 1A meet in Triton 4 p.m. May 25. 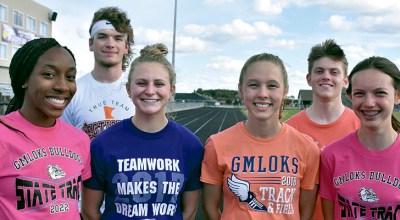