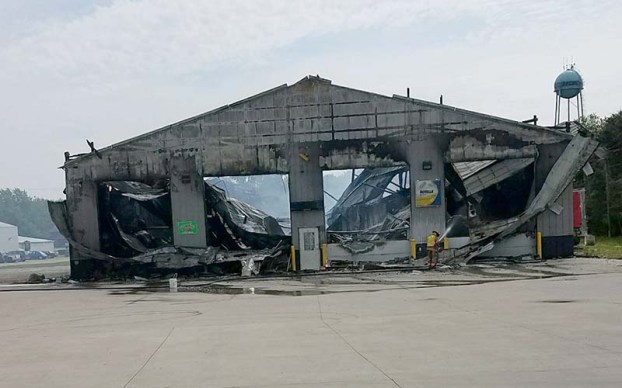 An investigation is underway into what caused a Friday morning fire that destroyed a Dvorak Trucking building at 16 Main St. E in Racine, doing $1.5 million in damage.

According to Mower County Sheriff Terese Amazi, fire departments from Grand Meadow, Spring Valley and Stewartville responded to the fire when a passerby reported seeing smoke coming from the roof of a building at 3:43 a.m.

No one was in the building. Owner Mitchell Lewis Dvorak was treated for chest pains and difficulty breathing by a Grand Meadow ambulance, but declined being transported to a hospital.
The building was used to perform maintenance on semis. According to the report, two semis and tractor-trailers were inside the building, which was insured.