The Riverland Community College baseball team had an 11-game winning streak snapped as they were swept by Minnesota West by scores of 3-2 and 6-0 in Seltz Field Thursday.

The Blue Devils (25-6 overall) were playing the game without closer and No. 3 hitter Mason Ruhlman and Danny Santana, who were both out with injuries. Santana is out for the season and Ruhlman has a separated shoulder and is hoping to return by the postseason, according to RCC head coach Scott Koenigs.

Koenigs thought his team got the short end of the stick on a couple of key calls in the game, especially on a play where Jake Erickson locked to knock in the tying run in the seventh inning of game one, but he was called out while trying to beat out an infield single. RCC had pulled to within 3-2 when Alex Ciola singled in a run.

“I’ve coached a lot of games and there’s always things that we could’ve done, but it came down to a couple of bad calls that gave them a run and took a way a run from us,” Koenigs said. “It’s horrible, there’s no excuses for it and it was a huge gut punch to us. We didn’t handle it very well and we need to a better job and we’ve got to get over things quick.”

Minnesota West is in first place in the MCAC South and it is now in the driver’s seat to take the conference crown. 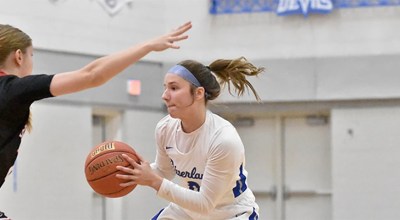