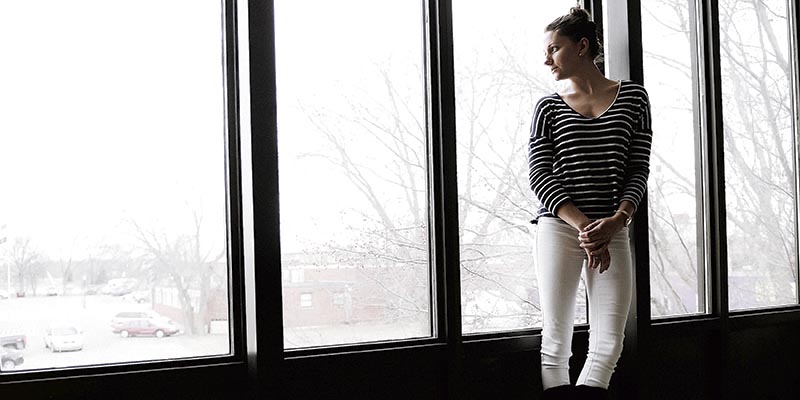 Though she would have liked to continue modeling, Abigayle Snater has moved forward with her career. “I loved the experience,” she said. “I wouldn’t take it back.”

Editor’s note: Find this story and more in the latest issue of Austin Living Magazine, out now.

Sometimes the best things in life come from just jumping in.

Abigayle Snater, an Austin High School graduate, did just that when she dove into the world of modeling, something she had wanted to try since her freshman year in high school.

The 22-year-old began digging into the profession, seeing what was out there and trying her hand in front of the camera. But along the way, Snater found a little bit of herself.

Modeling requires a sublime grace, a control over one’s body that exudes confidence and glamour. In that way, Snater had a leg-up.

A long-time gymnast in high school, Snater was used to those aspects and about performing so as she went through high school, she started drifting more toward the idea of getting in front of the lens.

“It was kind of something I liked to look at and kind of think about,” Snater said.

Taking pictures with high school friends Katie Jorgenson-Juenger and Annie Heickley got Snater more antsy to try the runway, but it was a family member that told her to slow things down a little.

“I had initially wanted to go straight into modeling after high school,” Snater said. “But my brother was like, ‘Try a year of college first.’”

Snater attended the University of Minnesota-Mankato for a year before finding a job. Years of taking college courses in high school put her ahead of the curve and also gave her the opportunity to begin looking for modeling work.

The first break came with the company Fun.com — a site specializing in Halloween costumes, T-shirts, socks and other various items.

“I was just kind of researching online for different companies and agencies,” Snater said. “Fun.com popped up that they had openings for models they needed, so I sent in pictures and a resume about me.”

From there Snater found sporadic work in the cities both for still photography and runway modeling. While admitting that some models like both the idea of still work and runway, it was on the runway that Snater was hoping to make her mark.

“That’s what I wanted to get more into — runway [modeling],” she said.

She got the chance to walk the runway and loved every minute of it.

“It was really fun,” Snater said. “All the girls get together, do the fitting a few weeks beforehand and everything is set and ready to go.”

“It’s more hyped up because you’re in front of an audience,” she continued. “It’s not just looking at a camera and trying to create that yourself. All the hype is there.”

Snater loved every aspect of modeling including watching other models and being intrigued by the amount of emotion they could convey within a single look.

“The look you see on the model’s faces,” Snater said. “The really good models at can get that intensity — you wonder what they are thinking about. It looks like they are so into whatever photo they are in.”

And it’s something Snater herself had to embrace: That idea of becoming whatever it is that she was modeling.

“You had to get into it,” she said. “You became that thing, whatever you were modeling. That was now your personality.” 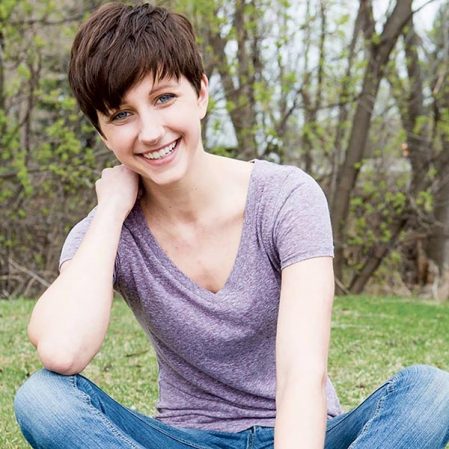 As much fun as Snater was having, though, she started to rethink where she was going. As she was thinking more seriously of making this a career, she began to see everything she would have to give to make it reality in a profession that is no sure thing.

“I found an agency, worked with them on and off for different projects, but my reality set in,” she said. “I wanted something more than modeling.”

Snater had the opportunity to pursue something bigger in the industry when Privilege Models, a company she worked with a little, offered a chance to go out west to California.

The hiccup was that she would have to pay for her own way out there; however, by this point she was already thinking about whether this was her path.

“I was offered an opportunity,” Snater said. “Obviously, you have to pay for your room and board and all of those things and I was kind of at a crossroads where I really could go out and do this or I could stay where I am and be content with what I have.”

The downside was, should she find work, she would have had to make Los Angeles a permanent setting.

It was the opportunity she had been waiting for, but the idea just required too much sacrifice than she was willing to make.

“I kind of realized, although that would be amazing to do — and who knows, in the future, it’s always a possibility — I wanted to a little bit more of a different life than that.”

“I love helping people and helping them find their purpose in life,” she continued. “There were other things I wanted to do that were more important to me.”

Snater currently works for Seattle Sutton’s Healthy Eating at the company’s corporate office in New Hope, Minnesota, and she recently moved to Winthrop, Minnesota, with her boyfriend Justin Parrot and their dog Fred.

It’s a move she’s happy with, even though a part of her still loves modeling.

Still, Snater isn’t ruling out the idea of returning to modeling; it’s just now, she knows where it fits into her life as a whole.

“It’s still something I love to do,” she said. “It’s just not something I would move across the country for.”

Austin history, from the eyes of children