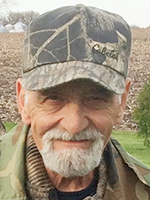 John Arthur Mauer was born Aug. 13, 1949, in Waterloo, Iowa, the son of Arthur and Blanche (Robran) Mauer. He graduated from high school in Rose Creek, Minnesota. John worked at Farmland and then Hormel Foods until his retirement in April 2015. He loved hunting, being out in nature, and flower gardening. John enjoyed restoring his own classic car and attending car shows. He was a member of Ducks Unlimited, Pheasants Forever, and the National Wild Turkey Federation.

John was preceded in death by his parents; two brothers in infancy; and brother, Chuck Mauer.

Memorial services will be held at 1 p.m. on Thursday, June 1, 2017, at Bayview/Freeborn Funeral Home in Albert Lea. The Rev. Paul Steele will officiate. Interment will be at Bohemian National Cemetery. Visitation will be from 5 to 7  p.m. on Wednesday, May 31, at Bayview/Freeborn Funeral Home and one hour prior to the service at the funeral home on Thursday. Online condolences are welcome at www.bayviewfuneral.com.