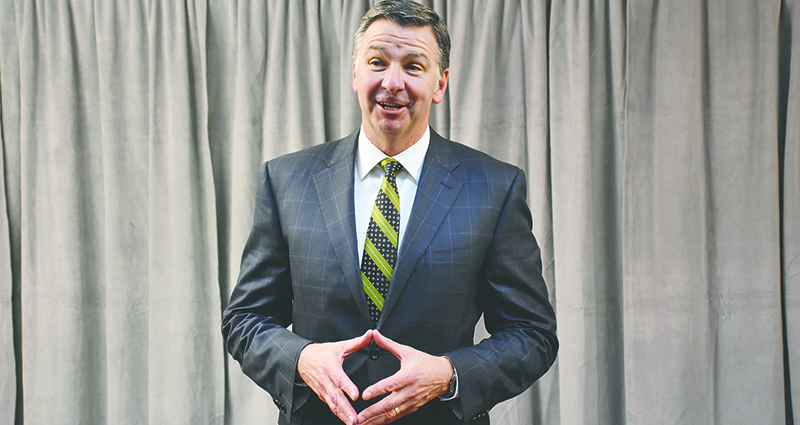 “This quarter demonstrates the value of our balanced model,” he said in a conference call with investors.

Jennie-O Turkey Store, which accounts for 18 percent of Hormel’s net sales, continues to be the hardest hit section for Hormel, as sales dropped 8 percent and profit fell 29 percent.

Turkey breast meats are at seven-year lows, as the industry is seeing oversupply. Snee said the excess was driven by fears that avian influenza could again decimate turkey herds.

The company says the industry will balance out in time, and argued it was making adjustments.

Snee assured investors the recent challenges do not represent fundamental issues in the business. He said they’re coming from the market and competition, as they are in an estimated 12- to 18-month cycle of overproduction in the industry.

“Whether good or bad, we have been here before, and we have emerged stronger as an organization,” Snee said.

He said the company remains focused on long-term growth, which he said is represented through the company breaking ground Wednesday on a $137 million new production facility in Melrose, Minnesota. That plant will replace an outdated plant and aims to increase efficiency and automate some of the most difficult tasks.

Hormel maintained its fiscal 2017 guidance range of $1.65 to $1.71 per share, but the company expects the results at Jennie-O Turkey Store to push full-year earnings toward the lower end of that range.

“Even in this challenging commodity environment, our team is working hard to generate earnings growth by providing customers, consumers, and operators with on-trend, innovative value-added products,” Snee said in a press release.

Snee praised the company’s balanced model for earnings within 2 percent of last year’s results, as he touted the growth in three of the company’s five segments, including: Grocery Products, Refrigerated Foods and international.

Snee said growth in many of the company’s key brands drove excellent results in the Grocery Products and International segments, while the divestitures of Farmer John and Diamond Crystal Brands allowed Refrigerated Foods and Specialty Foods to enhance operating margins.

A look at Hormel’s segments:

•Grocery Products, 20 percent of net sales, saw sales increase 8 percent and segment profit increase 15 percent. These results are due to the addition of Justin’s specialty nut butters as well as the strong performance of Wholly Guacamole dips and Spam luncheon meat.