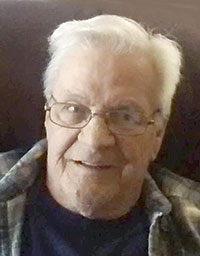 He was born July 2, 1942, in Jackson, Minnesota, the son of Walter and Agnes (Zahradnik) Mix. Gary attended Austin Public Schools. He was united in marriage to Bernice Sachen on Dec. 17, 1963, in South Dakota. Gary and Bernice resided in Fulda, then later in Arco, Minnesota. During their time in Arco, Gary was employed as a butcher and meat cutter in Marshall, Minnesota. They returned to Austin and Gary continued as a meat cutter for Penny Supermarket. He then worked for three years for Hormel Corporation in Austin. In 1986 Gary began a long career at Cedar Valley Services, retiring in 2013. Gary was an outdoorsman. He loved hunting and fishing, especially fishing the Alexandria lakes area. Gary’s other pastimes included his love of NASCAR, and working on cars. He was a Minnesota Vikings fan, and a member of the Moose Lodge. Gary loved time spent with his family and friends, and going for coffee with his longtime friend Dick Johnson. Gary will be dearly missed by all who knew him.

A memorial service will be held at 11:30 a.m. on Thursday, May 4, 2017, at the Worlein Funeral Home Chapel in Austin with Father Dale Tupper officiating. The Mix family will greet friends on Thursday morning from 9:30 to 11:30 a.m. prior to the service at the funeral home. Interment will be at a later date. Services prearranged and performed by Worlein Funeral Home of Austin.  Condolences may be expressed to the family online at www.worlein.com.