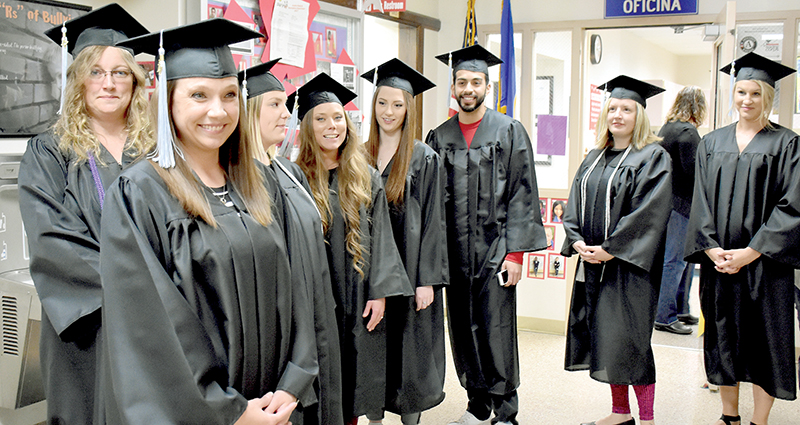 Two things were readily apparent at the 2+2 teacher graduation salute on Monday at Sumner Elementary School.

One: From the number of students giving the graduates hugs, it was clear the youngsters connected with the young teachers over the course of their training.

And two: From the number of graduates already placed in teaching jobs, it’s also clear the program is working just fine. 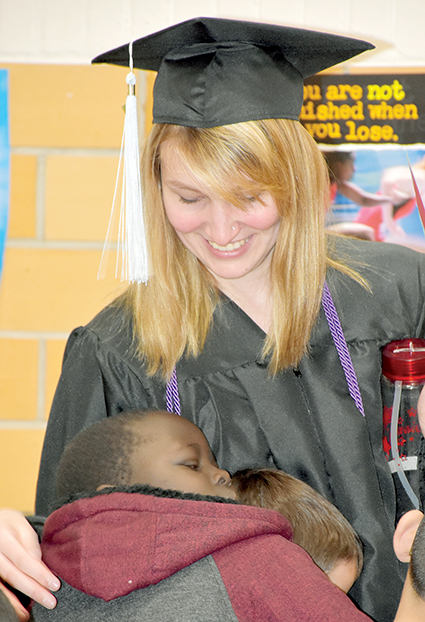 Caitlin Haugland gets a hug from some of her Sumner Elementary School students following a pre-graduation salute Monday at the school.

A partnership between Austin Public Schools, Riverland Community College and Winona State University established a “grow your own” teacher education program whose classes were kept exclusively in Austin. The program, created in the face of teacher shortages, was taught out of Sumner Elementary School although student teaching for some was done in other schools. Training came with extensive experience in the classroom under the tutelage of Sumner Elementary Principal Sheila Berger, classroom instructors and coordinator Deb Mishak.

While some of the students will take jobs elsewhere in Minnesota, five have already been hired in Austin, said Mishak. Some will go on to graduate school. Some continue to interview for jobs, she said.

Monday’s event proved to be a first-look at the class who will formally graduate from Winona State University later this week. 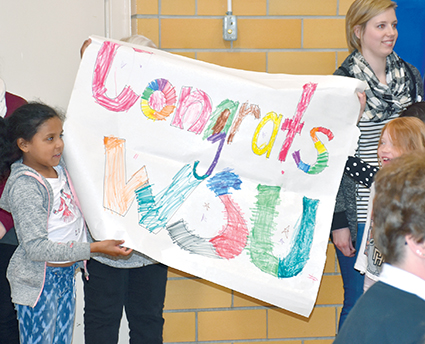 Students display at a sign of congratulations for the 24 graduates. They will officially graduate from Winona State University later this week.