A 33-year-old Austin man has pleaded guilty to leading officers on a chase as he was driving a four-wheeler in March. 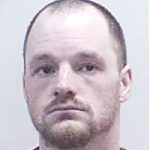 According to the complaint, Mallan, wearing a red sweatshirt, was allegedly seen around 5:11 p.m. driving a tan four-wheeler on the 600 block of 11th Avenue Southwest and then through an alley on the 500 block. Officers caught up with Mallan in an alley but he did not stop and turned southbound on Fourth Street Southwest and eventually turned east on 16th Avenue. Mallan and officers came to a mud pit near the sewer treatment plant through which Mallan drove. Officers did not follow through the area, fearing the squads would be stuck.

Sometime later, a four-wheeler was seen parked in a driveway on the 700 block on 11th Avenue Southwest. Mallan, who had mud on his boots and pants, and spatter on his face, met officers, saying many rode four-wheelers in the area. Officers felt the four-wheeler, which was cold and the mud spatter dried. However, an officer spied a four-wheeler under a tarp through a garage window which, upon inspection, was found to be warm and the mud on it wet. A red sweatshirt was found nearby.

Mallan had been recently released from prison after being convicted of fourth-degree criminal sexual conduct and sentenced on Dec. 10, 2015.