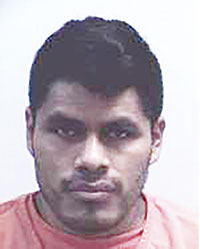 A 27-year-old Austin resident charged with engaging in sexual acts with a 12-year-old girl is headed to prison.

David Ortiz-Reyes was sentenced to seven and half years in prison — or 90 months — in prison in Mower County District Court Thursday for felony criminal sexual conduct with a person under 13. He received credit for 234 days served. According to a court complaint, on the morning of Sept. 25, a woman found the victim in bed with Ortiz-Reyes.

The incident wasn’t initially reported to police. However, on Sept. 26, the woman went to Austin Public Schools staff, who contacted police on her behalf.

The victim was initially believed to be traveling to Wisconsin with a relative, but police contacted them and they returned so the victim could talk with authorities and receive medical attention at Mayo Clinic Hospital Rochester – St. Marys Campus.