One of two people facing drug charges after being arrested April 5 during an alleged drug deal has pleaded not guilty.

Thania Sanchez, 24, pleaded not guilty in Mower County District Court Monday to felony possessing methamphetamine paraphernalia in the presence of a child, a felony, and gross misdemeanors for fifth-degree drug possession and counterfeit currency-possessing or uttering.

A second person charged in the incident, Rocky Don Phathaem, 29, will next appear in court April 20 for two felonies: one for second-degree drug sale of 3 grams or more of cocaine or methamphetamine while possessing a firearm, and a second for third-degree drug sale of a narcotic. 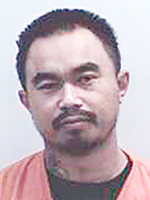 Sanchez is scheduled for an Aug. 14 trial.

Cory Gunsallus, 35 An Austin man sought on a felony warrant was bitten by a department K-9 dog when the... read more