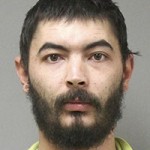 A plea hearing is scheduled for Wednesday. According to the Freeborn County Attorney’s Office, Brooks is expected to plead guilty to criminal vehicular homicide. The gross misdemeanor count will likely be dismissed.

Brooks is expected to receive a sentence of more than 6 1/2 years in prison that will run concurrently with a sentence he received in Mower County. Brooks was sentenced to nearly three years in prison in October for a probation violation in connection with a case of driving while intoxicated.

He is expected to finish his sentence for the DWI in April 2018, according to the Freeborn County Attorney’s Office.

Court documents state Brooks had been drinking alcohol at a bonfire with about eight other people, and had reportedly been driving in doughnuts in the nearby pasture where Tapp was struck and killed.

A witness identified Brooks as having driven the Suburban that killed Tapp, noting Brooks had been “messing around” with it, according to the court file.

When Freeborn County Sheriff’s Office deputies arrived that night, they reportedly found Tapp lying approximately 40 feet from the bonfire area. He had been struck by a 2000 Chevy Suburban, and was pronounced dead at the scene with severe head, face and chest injuries.

Efforts to reach Brooks that night on his cellphone were unsuccessful, and he turned himself in on the charges the next afternoon.

In an interview with authorities, Brooks reportedly denied trying to evade law enforcement and that he had been driving carelessly. He reportedly alerted others, and they called 911 and began CPR. He stated when the first responders arrived, he showed some in, and at one point he was on the phone with 911 while the others conducted CPR.

Brooks reportedly admitted to not making contact with law enforcement to give a statement before he left the bonfire area, and said he did not hear deputies in the house or he would have talked to them.