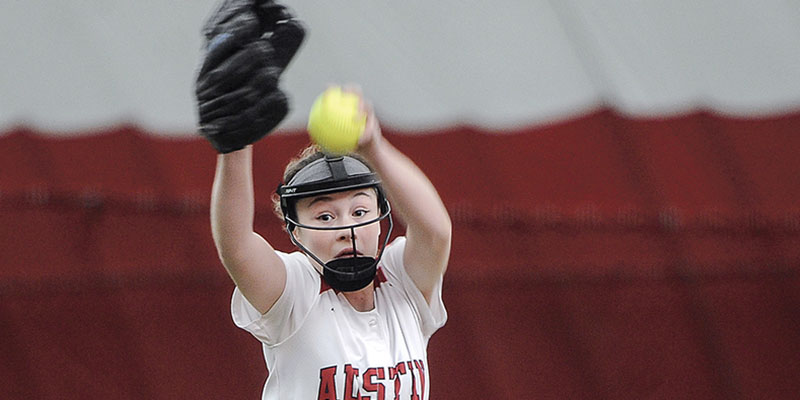 Austin freshman Kylie Kusick has pitched to her older sister Courtney Kusick plenty of times as the two have grown up together. The siblings took their game to the varsity stage as Kylie made her pitching debut in a 5-3 loss to Rochester John Marshall in the Dome at Wescott Athletic Complex Thursday.

The Rockets (4-1 overall, 3-1 Big Nine) scored five runs in the second inning, but Kylie recovered with the help of Courtney, a junior catcher, who calmed her down and kept Kylie at ease. 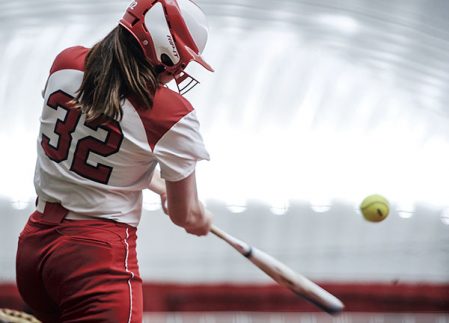 Kylie allowed just three earned runs and she struck out five. JM had just two runners reach base in the last four innings.

“It was really nice [to have Courtney back there],” Kylie said. “She really knows what to do to get a strike called. The first couple of innings were kind of rough, but she helped me through it.”

Courtney, who went one-for-two with a walk at the plate, said that softball has helped her grow closer to her younger sister over the years — especially when the two are competing together. 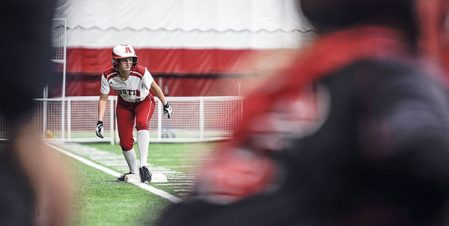 “Softball is life. Just growing up it was essential for our relationship,” Courtney said. “We each have someone to bond with and it helps us during games. We kind of know what each other’s thinking. She’s a stellar pitcher.”

Austin head coach Al Eckmann wasn’t sure what he was going to get when he put a freshman hurler on the mound against a the Rockets, who are a perennial power in the Big Nine, but he liked what he saw.

“It was unbelievable,” Eckmann said. “If we would’ve gotten out of that one inning, we probably win the game. What an effort by Kylie.”

The Packers (3-7 overall, 1-6 Big Nine) were able to claw back into the game when Hannah McMasters, who went three-for-three, singled in a run in the sixth and Jordyn McCormack singled in two runs with two outs in the seventh inning.

“We put some pressure on them and we played better as the game went on,” Eckmann said. “That’s what we need to do.” 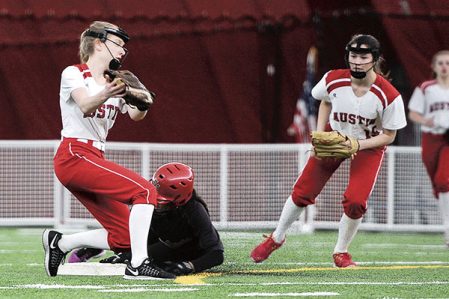