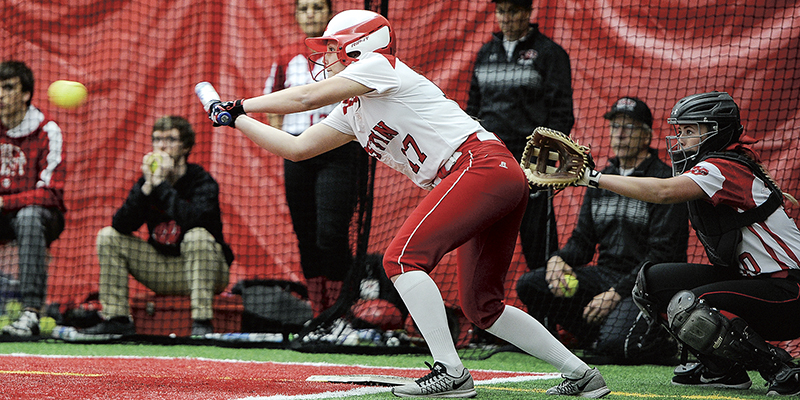 The Austin softball team showed some solid signs as it faced off against the defending Minnesota Class AAA state champions and No. 1 ranked Scarlets in the Dome in Wescott Athletic Complex Thursday.

Mankato West used a big early inning to take an early lead as it topped Austin 9-4. 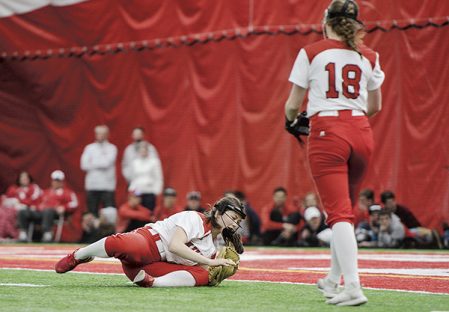 Austin second baseman Jordyn McCormack comes up with a flyball off the dive against Mankato West Thursday night. Eric Johnson/photodesk@austindailyherald.com

Austin junior pitcher Tori Gardner held the Scarlets (9-1 overall, 5-0 Big Nine) to just one hit and zero runs in the first three frames, but after an Austin miscue in the fourth, Mankato West plated five unearned runs to go up 6-0.

Austin (5-9 overall, 2-8 Big Nine) was able to get eight hits against Mankato West hurler Briggs Carlson and Austin sophomore Hannah McMasters went 3-for-4 with two doubles and an RBI.

“I’ve been working really hard on getting my confidence against faster pitchers,” McMasters said. “I feel like our confidence is a key to the game. We have to keep our head in it and stay together.” 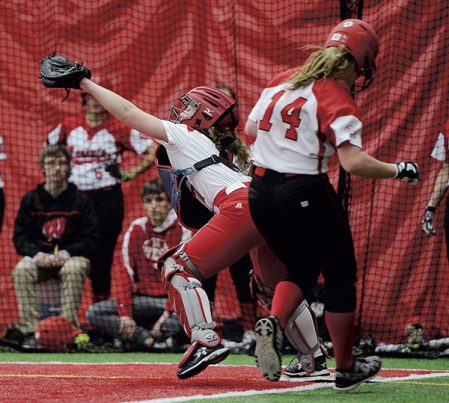 Austin catcher Courtney Kusick reaches for the ball to get the force out on Mankato West’s Kenzie Grunst Thursday evening. Eric Johnson/photodesk@austindailyherald.com

Freshman Kiley Kusick added a two-run double in the sixth inning for the Packers, who were able to get three pitchers in the circle in the loss.

Austin head coach Al Eckmann said he liked what he saw from his team on Thursday.

“We had one bad inning here. We played six innings against the number one team in the state and we played them great I thought,” Eckmann said. “We had some key hits, but we made some mistakes in the field. We actually played with them pretty well. We hit some real shots tonight.” 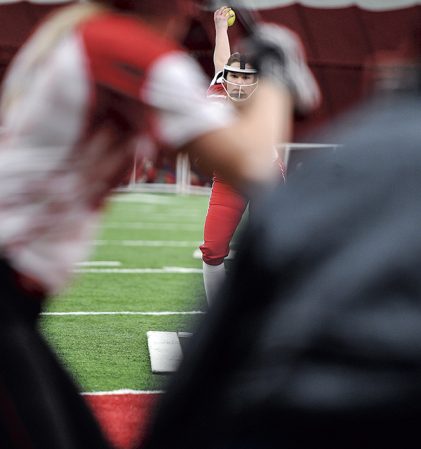