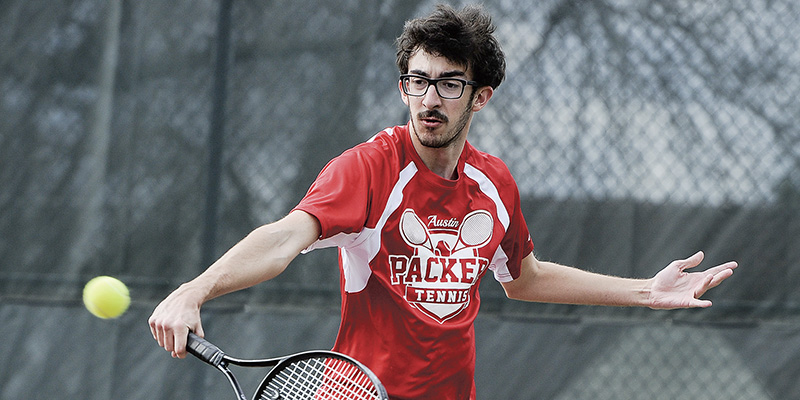 Austin’s Noah Kremin puts a backhand to the ball in a No. 1 doubles match against Stewartville Tuesday at Neveln Elementary courts. Eric Johnson/photodesk@austindailyherald.com

The Austin boys tennis team picked up a 5-2 win over Stewartville in Neveln Elementary Tuesday.

The Packers (2-4 overall) won three of the four singles matches as Jens Ourada, Josh Brehmer and Todd Weaver all had wins. 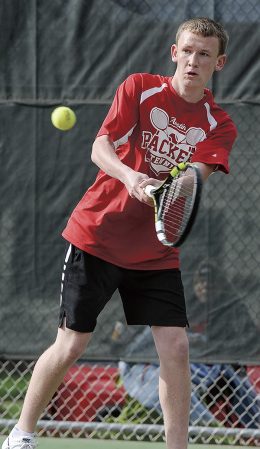 “We played well across the board,” Austin head coach Jeff Anderson said. “Jens Ourada and Todd Weaver got their first wins of the season today.  It was good to see the boys have some success.” 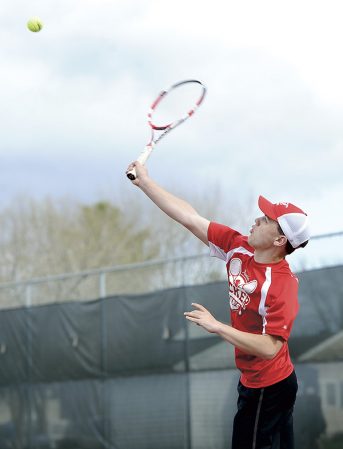 Austin’s Todd Weaver goes for a slam at No. 3 singles against Stewartville Tuesday at Neveln Elementary courts. Eric Johnson/photodesk@austindailyherald.com