Where do you begin to start trying to explain why there is an ongoing reluctance of the House and Senate leadership to fund local government aid (LGA) to its 2002 level?  It’s hard to understand that with the facts of the State having a $1.65 billion surplus, last year’s bi-partisan tax bill having $20 million for LGA (the bill was ultimately vetoed on an unrelated technicality), LGA being an effective tool to deliver relief for the most regressive tax Minnesotans face or the continued commentary on how they want to support Greater Minnesota cities, that LGA has not been adequately included in their bills this session. 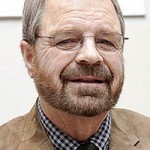 Clearly the surplus provides the financial resources for Speaker Daudt and Majority Leader Gazelka to make this a priority and build on the $20 million increase that passed their respective chambers last session.  If it were not for the word “or” instead of “and” in last year’s tax bill, cities would have seen relief to pass on to our taxpayers this year!  Now is the time to address the shortfall cities have been dealing with while road and other service costs have continued to escalate, placing a heavier reliance on local property taxes.

When the Speaker and Majority Leader promote their tax cuts as being geared to the middle class, LGA is a perfect addition to this goal as experts broadly recognize property taxes are the most regressive tax Minnesotans face.

Unfortunately, it appears rhetoric has taken over and the assertions that House and Senate leadership want to address policies to help Greater Minnesota prosper ring hollow as they continue to fumble on the Coalition of Greater Minnesota Cities’ number one priority of restoring the local government aid funding level to 2002 levels.

We need a restored relationship with the state.  Let’s work to recognize cities are important partners with the state in providing affordable property taxes instead of disregarding our efforts and squeezing us with effectively fewer resources to address basic core services within our communities.  Cities and the constituents we serve deserve better than the neglect we’ve seen in past years. There’s still time and we ask House and Senate leadership to make adjustments as the legislature returns from the Easter recess to fully fund LGA this session.

The celebration we call Easter

In this season worldwide, persons are celebrating, in faith, the promise of a life beyond the present life. The journey... read more