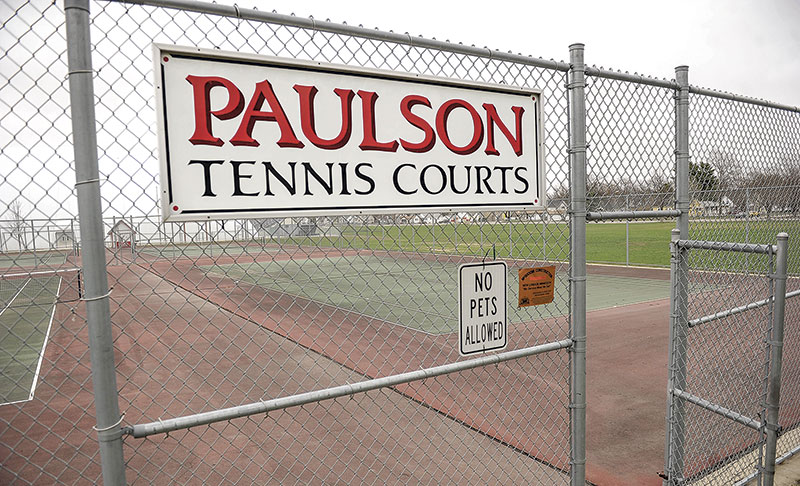 Two of the courts at Paulson Tennis Courts will be getting restored. Eventually the whole collection of courts will be restored. Eric Johnson/photodesk@austindailyherald.com

I would like to thank the Austin School Board and many community advocates for the upcoming renovations of the Paulson Tennis Courts. Without the hard work of many people including Mona Bachmeier, Levon Larson, Chad Sayles, Mindy Bogle, and the members of the Austin Community tennis group, the progress made toward the renovation project would not have been possible. I would also like to thank the Austin High School girls tennis coaches, Levon Larson and Troy Diekman, and the Austin High School boys tennis coaches, Jeff Anderson and Mark Henderson, for all their time and commitment to the high school tennis teams and for always sticking up for their players. The renovation of the Paulson Tennis Courts will allow for safer conditions for the student athletes who compete at the courts and for the continued growth of tennis in Austin.

More Letters to the Editor

Letter to the Editor: Please pick up after yourselves, make Austin clean

Letter to the Editor: Caregiver shortage and care crisis is completely avoidable

Paid Letter to the Editor: Ettinger would be the most effective representation

Paid Letter to the Editor: Vote for Ettinger in important 1st District election