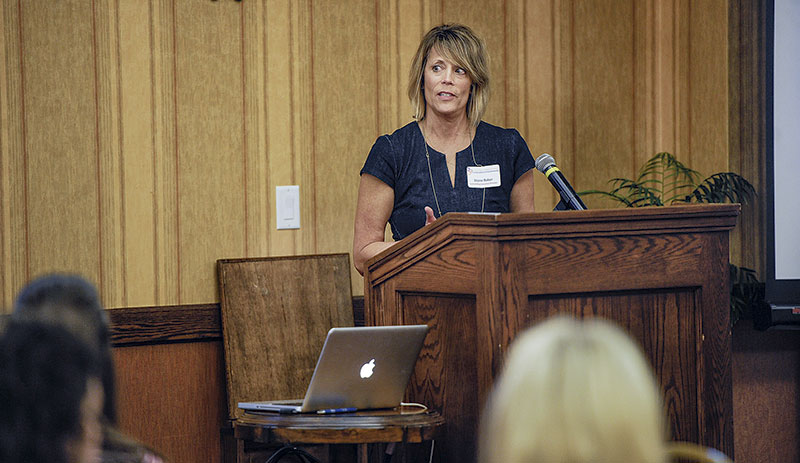 The 2017 campaign for the United Way of Mower County came in just shy of its $1.2 million goal, but organizers were “thrilled” with the response, nonetheless, said Executive Director Diana Baker on Wednesday.

“Even if we didn’t hit our goal, which was lofty … it says a lot about the giving nature of this community. I am thrilled,” said Baker, during the end-of-campaign celebration at the Hormel Historic Home.

Baker said a large part of the credit goes to the 24 employee campaigns conducted this season.

“They’re doing the work … and spreading the mission,” she said. 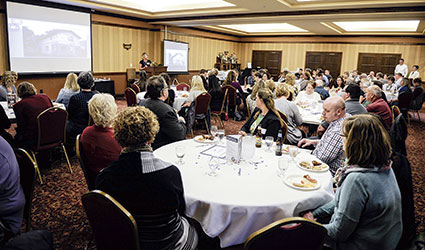 The Hormel Historic Home was filled Wednesday night for the United Way of Mower County’s recap of its latest fundraising drive.

Platinum recognition, whose employees pledged at least $250 a piece, was given to CliftonLarsonAllen, LLP, and the Hormel Foods Corporate office.

Corporate support from Mayo Health System, The Hormel Foundation and McFarland Truck Lines were also recognized, as were those who had significant increased giving, including Austin Public Utilities, Bellisio Foods and Grand Meadow Public Schools. Tocqueville Society members include Jeffrey and LeeAnn Ettinger and Jim and Tammy Snee.