‘For the wild ones …’ Nature center interpretive center opens to public 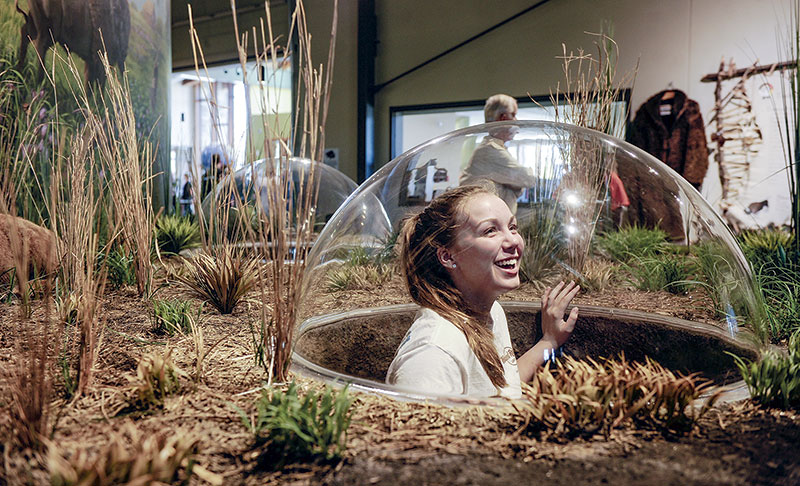 Zoe Dolan Peterson sticks her head up through one of the domes on the prairie display at the Jay C. Hormel Nature Center’s new interpretive center Saturday. Eric Johnson/photodesk@austindailyherald.com

“I think it is really cool and that kids will really like it,” Miller said about the Nature Center’s new interpretive center. 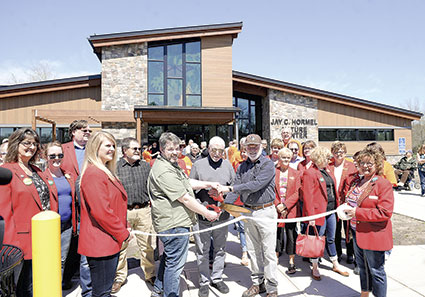 “I found the bat in the tree, “ said six year-old Jude Miller, referring to a new giant tree display that features examples of local wildlife.

The dedication of the new interpretive center was the culmination of a concept that began four years ago under former director Larry Dolphin.

“The event turned out great,” Dolphin said. “The exhibits are well worth the walk through. There are a lot of learning experiences available.”

Dolphin said the dedication was his last official duty as former director of the Nature Center.

The dedication began Friday evening at a special dinner for donors who donated over $5,000 to the new building.  A private, donors-only open house was held at 9 a.m. on Saturday.

One such donor was Steve Lonning, whose father, Gordon, has a resource room at the Nature Center named in his honor.

“My parents were active in science education in Austin,” Lonning said. “My father was part of the team that brought the first high school and elementary school kids out to the Nature Center. They decided that they needed to keep the place alive for the community. His legacy is living on here. It’s wonderful and I’m very happy to see it.”

The general public was allowed to tour the new interpretive center after the ribbon cutting. 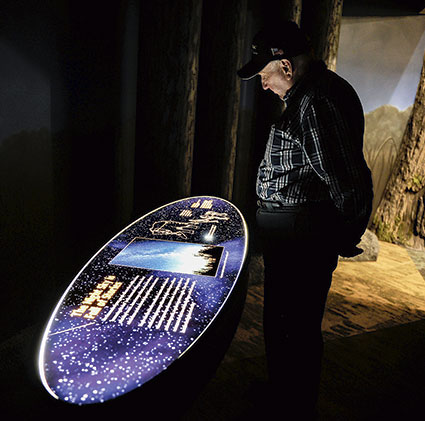 With the construction of the $5.8 million interpretive center came the need for volunteers, and many members of the community answered the call.

“We had a huge turnout for the training” said volunteer Julie Brunner. “They took us to all the different sites to help us understand what we’re doing and what we can tell people to look for in the displays, how to engage in the activities and how to take care of the building.”

Brunner said that because there are so many volunteers, it helps the staff attend to the business end of the Nature Center’s needs.

Jay C. Hormel Nature Center Director Luke Reese is grateful to the community for its support in building the new interpretive center.

“It was a community effort,” he said. “It’s beautiful and it compliments what we’re doing here with environmental education. It ties it together really nicely. Families can walk in and learn about the ecology and the land before and after their hikes outside. It’s just wonderful to have it done and it’s fitting to be opening it on Earth Day.” 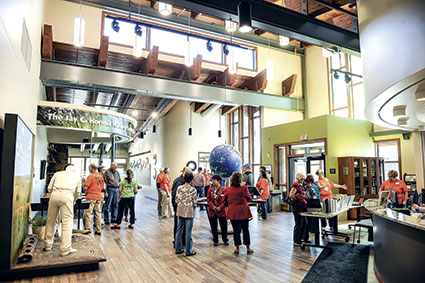