Chase suspect pleads not guilty to felonies in 2 cases; Warrant issued after 2nd suspect fails to appear in court 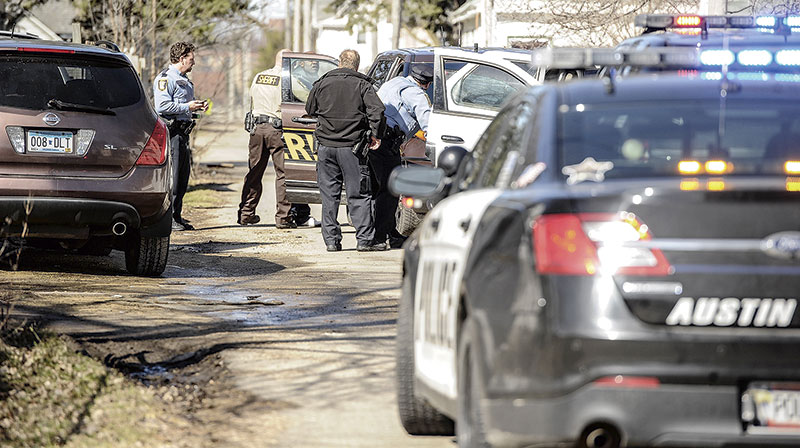 Austin police and Mower County deputies were involved in a brief chase Saturday morning that came to an end in a northeast Austin alleyway. One of the suspects is put into the back of a deputy’s cruiser. Herald file photo

One of two people apprehended after an April 1 chase in northeast Austin has pleaded not guilty, while a warrant was issued for the other suspect last week.

Robert E. Collins, 41, of Austin pleaded not guilty Monday in Mower County District Court to three felonies — fleeing peace officers in a motor vehicle, failing to register as a predatory offender and fifth-degree drug possession — and a misdemeanor for driving after revocation.

He also pleaded not guilty to a felony charge from January for failing to register as a predatory offender. 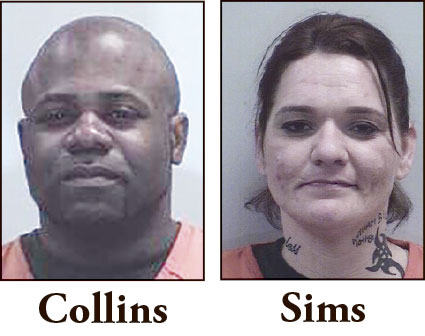 Cassandra Sims, 32, of Waterloo, Iowa, was also charged with felony fifth-degree drug possession. However, she failed to appear at an April 13 hearing and a warrant was issued on April 17.

According to court records and a police report, a Mower County deputy was driving north of Eighth Street Northeast in Austin when he spotted a 2001 Pontiac Aztec, which was known to belong to Collins. The deputy saw that a female was driving the car and an adult male was in the passenger seat.

While the deputy was pulling around, the Pontiac parked in a driveway on Eighth Street Northeast and the occupants, later identified as Sims and Collins, parked and left the vehicle, and walked into a nearby home. The deputy decided to watch the couple. He knew Collins had outstanding warrants and also had an arrest warrant in Freeborn County.

A while later, the pair returned to the car, this time switching seats. As the car started moving toward the deputy’s location, the deputy turned on his lights to pull the vehicle over. The car then turned west into the alley in the 400 block of 10th Street Northeast. The car did not pull over.

According to the report, the Pontiac “made at least a dozen rapid turns onto city streets, alleys and several residential yards before it came to a stop in an alley south” of the 700 block of 10th Street Northeast.

Speeds during the pursuit reached 60 mph on streets and 40 mph in alleys. After the Pontiac stopped, Collins allegedly fled on foot; in a yard on the 1000 block of Seventh Avenue Northeast, he stopped and surrendered.

It was learned that another adult male was in the back seat of the vehicle, but he has not yet been charged with any violation.

Collins later said his passenger threw drugs out of the window; Sims reported that Collins told her to throw it out. Sims allegedly said that both she and Collins were each using the meth from the same bag. The bag was later recovered by authorities and found it contained .80 gram of methamphetamine.

Collins is due in court for a Sept. 11 trial.