Austin RadioShack closing its doors at the end of the month 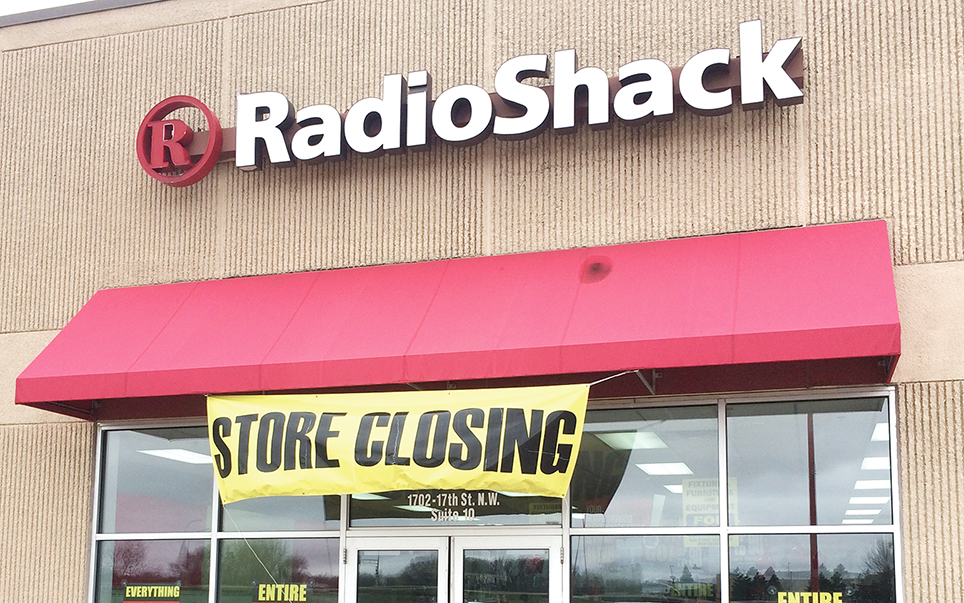 RadioShack has announced it will close its doors on April 30. Mike Stoll/mike.stoll@austindailyherald.com

The Austin RadioShack will close its doors soon, and in-store items are on sale for up to 90 percent off.

On April 18, the 17th Street Northwest store created a Craigslist post announcing the closure. Signs outside the store also broadcast the closure and the sale.

The closing is just one of over 550 RadioShack locations that have closed or are scheduled to close nationwide in March and April.

The closures are the result of a Chapter 11 bankruptcy claim filed by the Fort Worth-based company last month. This is the second time in two years RadioShack has filed for bankruptcy.

The company filed for bankruptcy in February 2015, after which around 2,400 locations closed nationwide.

The Austin location will continue to stay open until April 30. Twenty-seven other RadioShack locations in Minnesota have closed or are slated to close.

Austin RadioShack employees and a corporate representative declined to comment on the closure.