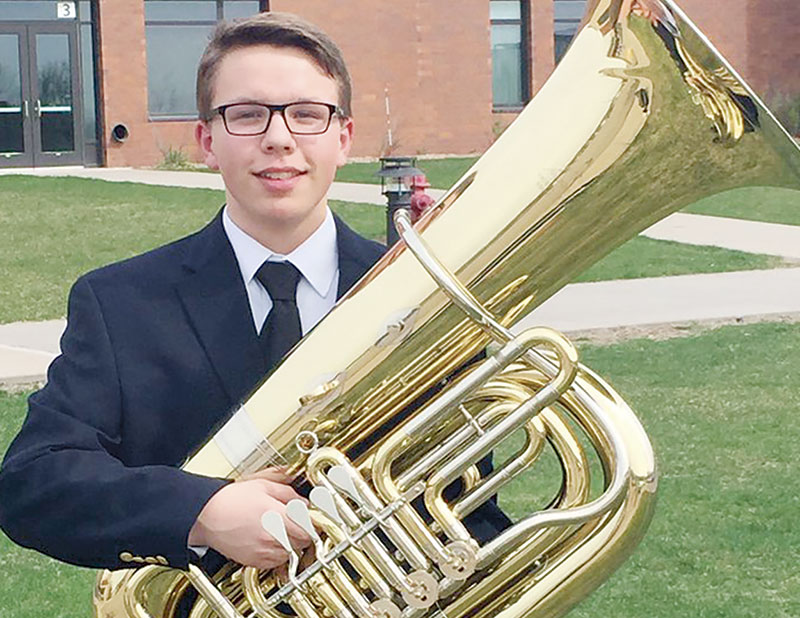 Wayde Hall, a sophomore at Austin High School, has been selected for membership in the Minnesota Band Directors Association (MBDA) Grade 9-10 State Honor Band for the 2016-2017 school year.

His director at Austin High School is Christoph Dundas.

Hall, a tuba player at AHS, was one of 87 students selected from 223 who auditioned in December for a position in the group.

The students participating had the opportunity to work with some of the finest music educators in the state assisting them as section coaches, and were conducted by James Patrick Miller of Gustavus Adolphus College.