Music trivia time: Who is Charles Hardin Holley? Richard Steven Valezuela? Jiles Perry Richardson, Jr? What do these three men have in common?

The three talented musicians were better known as Buddy Holly, Richie Valens and the Big Bopper. The trio was on the ‘Winter Dance Party’ tour of the midwest on February 3, 1959 when they were tragically killed in a plane crash near Clear Lake, Iowa. The crash, caused by winter weather conditions, also killed pilot Roger Peterson.

The plane crash was later memorialized as the ‘day the music died’ by singer-songwriter Don MacLean in his 1971 song “American Pie.”

Other musicians on the tour, Waylon Jennings, Tommy Allsup and Carl Bunch, were riding a tour bus to the next show in Moorhead, Minnesota. All three continued to work as musicians with Waylon Jennings rising to fame in the Outlaw Country genre of the 1970s. Fans remember him for hits like “Luckenbach, Texas” and the theme song for TV’s “The Dukes of Hazard.”

The Austin Area Commission for the Arts is proud to present a tribute to the ‘day the music died’ on Saturday, Jan. 14 at the Historic Paramount Theatre.

Denny Charnecki and the D. C. Drifters will present a tribute to the music of Buddy Holly, Richie Valens and the Big Bopper with special appearances by ‘Elvis’ and ‘Marilyn Monroe.’ Fans of early rockabilly music won’t want to miss it. The high-energy romp led by Denny Charnecki is a great way to introduce kids and grandkids to classic rock of the late 1950s.

Coming soon at the Paramount Theatre

•Dance Party: A tribute to Buddy Holly, the Big Bopper and Richie Valens featuring Elvis and Marilyn Monroe, with Denny Charnecki and the D.C. Drifters on Jan. 14

Coming soon at the ArtWorks Center:

•$5 Kids Studio: January 7, 10:30 a.m. to noon, Clay with Nicole Weiss
•Paul Walech-Roth Gallery: Open reception from 5 to 7 p.m. on Jan. 13 with refreshments followed by “ Two Voices, One Room: Classical favorites arranged for Viola and Cello,”  a free recital at 7 p.m.

Find out more at www.austinareaarts.org

Community turns to itself during pandemic 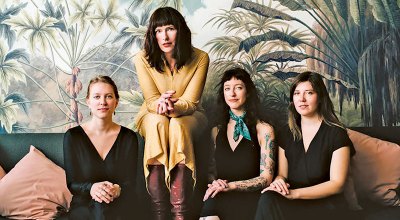 Begin your wellness journey at Hy-Vee