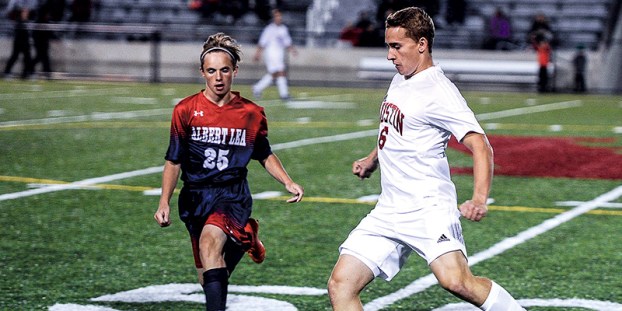 Austin’s Isaac Arnold steps up to swipe the ball from Albert Lea’s Daniel Chalmers during the first half Thursday night at Art Hass stadium. Eric Johnson/photodesk@austindailyherald.com

Hail to the King: Arnold helps lead Packers past AL

It was a big week for Austin senior Isaac Arnold.

On Wednesday, he was crowned homecoming king for AHS, and on Thursday he and the Packer boys soccer team picked up a 3-0 win over Albert Lea in Art Hass Stadium.

The game against AL (3-9-2 overall, 0-9-2 Big Nine) was called five minutes into the second half due to lightning. Arnold was honored to be homecoming king and he was glad to pick up the win on the soccer field. 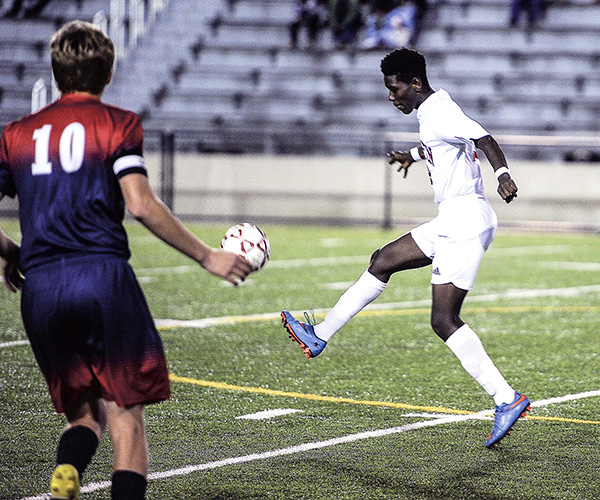 “They’re both huge,” Arnold said. “It’s fun to win and it’s fun to be on the court, where you get to hang out with a great group of people. This court was fantastic, everybody’s super close and we were all happy for each other. With the team, our chemistry has been through the roof.”

The Packers (13-2 overall, 8-2 Big Nine) took an early lead against the Tigers as Matias Parada blasted in a shot on an assist from Sam Bailey and Abel Gebrekiros scored on a header on a corner kick to make it 2-0 in the first half. Gebrekiros scored his second goal early in the second half before the game was called.

Chris Kirchgatter had two saves for Austin and the Packers had eight shots on goal.

Austin has one regular season game remaining against Northfield 1 p.m. in Art Hass Stadium Saturday. The Packers are likely out of the hunt for the Big Nine title as Mankato West has just one loss in the conference and it was leading Faribault 3-1 when that game was postponed due to lightning Thursday. 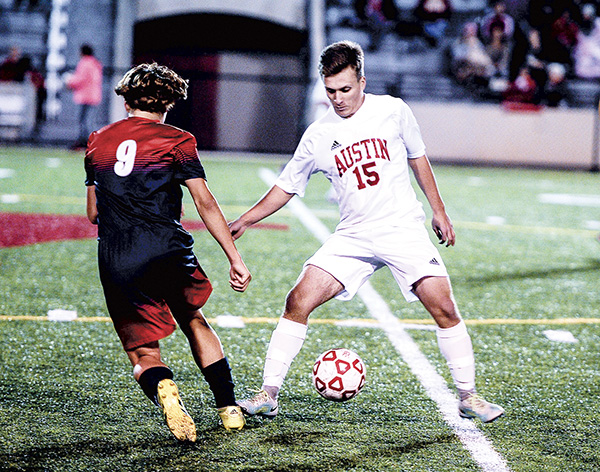 The Packers, who will most likely finish second in the Big Nine, have high hopes for the postseason, which begins Tuesday in Austin.

“You never want to say you’ve seen everything, because you have to go out and play your game,” Arnold said. “We’re confident and what happened in Owatonna didn’t really set us back, we were just unlucky.” 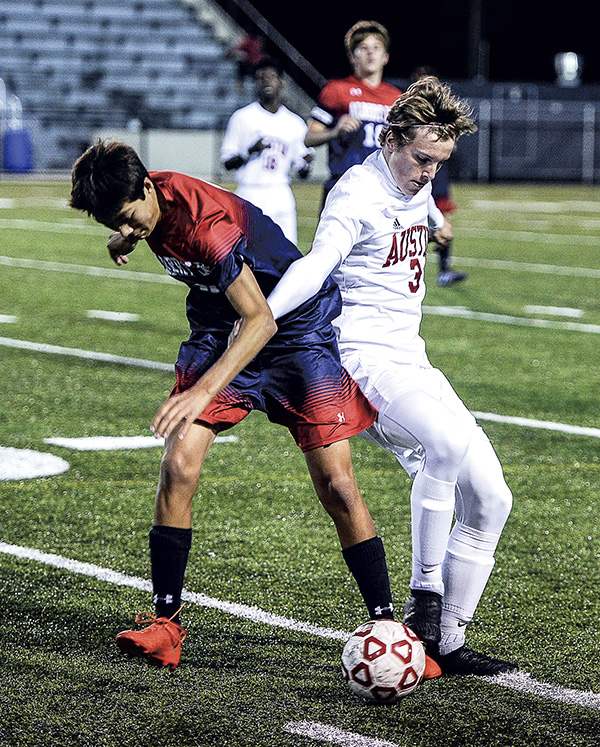 Photos: Rise of the Royals