A family memorial will be held at a later date.

Gladys Luverna Zeller was born at home April 6, 1929, to Walter and Gertrude (Barnes/Darrow) Zeller. She received her early education in the Albion Darrow Country school which her grandfather built. She was baptized and confirmed in the Immanuel Lutheran Church. She graduated from Cresco High School in 1948. She married Myron Riste in 1951 and to this union four children were born: twins Katherine and Kathleen and Steven and Todd. They were later divorced. Before becoming an LPN in 1976, she drove school bus for the Howard-Winneshiek school district, which she dearly loved. Before her retirement, she was affiliated with the Senior Companion program for nine years. Some of her hobbies were knitting, crocheting, photography, gardening, and homemaking. She loved feeding and watching the birds. 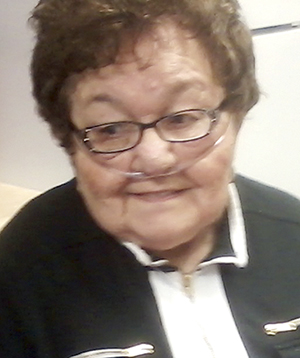 Her first love was her four children and her second love was being on the tractor during seed time and harvest on her beloved farm. At the time of her death, she was writing her autobiography for her children’s children relating growing up during the great depression which occurred the year she was born. Because of her lifelong interest in the medical profession she gave the ultimate gift of her body to the Mayo Foundation to help educate future caregivers.

Memories … are white stones shining up from the bottom of a clear pool … and everyday we reach in, select a few, drawing our arms back leaving no scar on the surface.